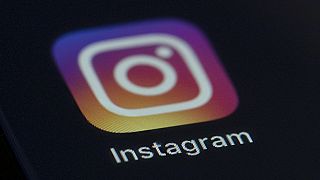 Meta Platforms, the parent company of social media giants Facebook and Instagram, now says users cannot share posts calling for the death of Russian president Vladimir Putin or other heads of state after all.

The move came as Russia’s ban on Instagram came into effect on Monday, blocking access to the social media platform for some 80 million users across the country.

Meta's latest policy, detailed in an internal company post seen by Reuters, marks a U-turn from a previous decision that was said to temporarily allow some posts on Facebook and Instagram calling for the death of Putin or his Belarusian counterpart Alexander Lukashenko.

"We are now narrowing the focus to make it explicitly clear in the guidance that it is never to be interpreted as condoning violence against Russians in general," Meta global affairs president Nick Clegg wrote on Sunday in a post on the company's internal platform that was seen by Reuters.

"We also do not permit calls to assassinate a head of state...So, in order to remove any ambiguity about our stance, we are further narrowing our guidance to make explicit that we are not allowing calls for the death of a head of state on our platforms," Clegg said.

Meta did not immediately respond to a request for comment from Euronews Next.

Meta already clarified on Friday that the temporary change in its hate speech policy applied only to Ukraine, in the wake of Russia's February 24 invasion.

The company said it would be wrong to prevent Ukrainians from "expressing their resistance and fury at the invading military forces".

But the decision sparked outrage in Russia, where authorities opened a criminal investigation against Meta and prosecutors on Friday asked a court to designate the US tech giant as an "extremist organisation".

Russia has already banned Facebook and Twitter in the country in response to what it said were restrictions of access to Russian state media on the platforms.

The ban on Instagram, effective since midnight on Monday, was confirmed by internet blockage observatory NetBlocks.

Roskomnadzor, Russia’s media regulator, had given Instagram users two days to move their photos and videos from the platform before it was shut down.

Adam Mosseri, the head of Instagram, spoke out against the ban on Friday, labelling it “wrong” and saying it would cut off 80 million users from one another and from the rest of the world.

Over the weekend, Russian influencers on Instagram posted farewell messages to their followers, encouraging them to follow them on other platforms or to download virtual private networks (VPNs) to get around the ban.

Russians are turning to VPNs to bypass censorship over Ukraine war