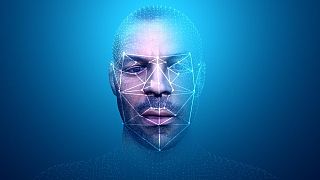 Ukraine is receiving free access to Clearview AI’s powerful search engine for faces, letting authorities potentially vet people of interest at checkpoints, among other uses, added Lee Wolosky, an adviser to Clearview and former diplomat under US presidents Barack Obama and Joe Biden.

The plans started forming after Russia invaded Ukraine and Clearview Chief Executive Hoan Ton-That sent a letter to Kyiv offering assistance, according to a copy seen by Reuters.

Clearview said it had not offered the technology to Russia, which calls its actions in Ukraine a "special operation".

Ukraine's Ministry of Defense did not reply to requests for comment.

Previously, a spokesperson for Ukraine's Ministry of Digital Transformation said it was considering offers from US-based artificial intelligence (AI) companies like Clearview.

Many Western businesses have pledged to help Ukraine, providing internet hardware, cybersecurity tools, and other support.

The Clearview founder said his startup had more than 2 billion images from the Russian social media service VKontakte at its disposal, out of a database of over 10 billion photos total.

That database can help Ukraine identify the dead more easily than trying to match fingerprints and works even if there is facial damage, Ton-That wrote.

Research for the US Department of Energy found decomposition reduced the technology’s effectiveness while a paper from a 2021 conference showed promising results.

The exact purpose for which Ukraine's defense ministry is using the technology is unclear, Ton-That said.

Other parts of Ukraine's government are expected to deploy Clearview in the coming days, he and Wolosky said.

The VKontakte images make Clearview's dataset more comprehensive than that of PimEyes, a publicly available image search engine that people have used to identify individuals in war photos, Wolosky said.

VKontakte did not immediately respond to a request for comment; US social media company Facebook, now Meta Platforms Inc, had demanded Clearview stop taking its data.

On March 9, Italy's data protection agency fined Clearview AI €20 million over breaches of European Union privacy laws, ordering it to delete any data it holds on Italian citizens and banning it from processing their biometric data.

In a statement, the Guarantor for the Protection of Personal Data (GPDP) said Clearview had "processed illegally, without an adequate legal basis" Italians' biometric data, adding that the company's work "violates the freedoms of the data subjects, including the protection of confidentiality and the right not to be discriminated against".

Facial recognition could also misidentify people at checkpoints and in battle, at least one critic said.

A mismatch could lead to civilian deaths, just like unfair arrests have arisen from police use, said Albert Fox Cahn, executive director of the Surveillance Technology Oversight Project in New York.

Ton-That said Clearview should never be wielded as the sole source of identification and that he would not want the technology to be used in violation of the Geneva Conventions, which created legal standards for humanitarian treatment during the war.

Like other users, those in Ukraine are receiving training and have to input a case number and reason for a search before queries, he said.

Clearview, which primarily sells to US law enforcement, is fighting lawsuits in the United States accusing it of violating privacy rights by taking images from the web.

Clearview contends its data gathering is similar to how Google search works. Still, several countries including the United Kingdom and Australia have deemed its practices illegal.

Cahn described identifying the deceased as probably the least dangerous way to deploy the technology in war, but he said that "once you introduce these systems and the associated databases to a war zone, you have no control over how it will be used and misused".