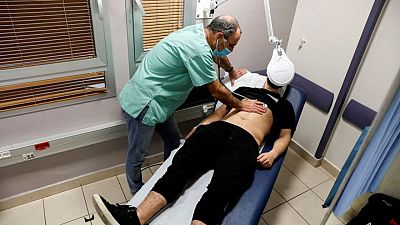 – COVID-19 can cause the brain to shrink, reduce grey matter in the regions that control emotion and memory, and damage areas that control the sense of smell, an Oxford University study has found.

The scientists said that the effects were even seen in people who had not been hospitalised with COVID, and whether the impact could be partially reversed or if they would persist in the long term needed further investigation.

“There is strong evidence for brain-related abnormalities in COVID-19,” the researchers said in their study, which was released on Monday.

Even in mild cases, participants in the research showed “a worsening of executive function” responsible for focus and organising, and on an average brain sizes shrank between 0.2% and 2%.

The peer-reviewed study, published in the Nature journal, investigated brain changes in 785 participants aged 51–81 whose brains were scanned twice, including 401 people who caught COVID between their two scans. The second scan was done on average 141 days after the first scan.

The study was conducted when the Alpha variant was dominant in Britain and is unlikely to include anyone infected with the Delta variant.

Studies have found some people who had COVID suffered from “brain fog” or mental cloudiness that included impairment to attention, concentration, speed of information processing and memory.

The researchers did not say if vaccination against COVID had any impact on the condition but the UK Health Security Agency said last month that a review of 15 studies found that vaccinated people were about half as likely to develop symptoms of long COVID compared with the unvaccinated.