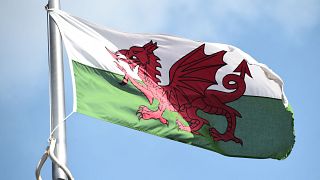 The world's only public official with "guardian of future generations" in their job description has called for a "pioneering" trial of the four-day working week.

Howe, who was tasked with focusing on sustainable development and the long-term impact of policymaking by the Welsh Government in 2016, said COVID-19's impact on employment and mental health meant it was the perfect time to try an alternative way of working.

"The hours that we work haven't really changed in the last 100 years and it's time for a debate on whether that should change now," Howe told Euronews.

What could a 4-day week cost?

The report, authored by the Autonomy think tank, calls for the Welsh government to start by rolling out a trial of a four-day week with no reduction in pay across the country's public sector.

Public sector workers account for over a quarter of employees in many parts of Wales. They report higher rates of absence from work than average, the report said, with stress, overwork, and poor mental health commonly to blame.

The Welsh Government should also encourage private businesses to take part, the report recommended and should work with trade unions to help them negotiate shorter working hours across a wide range of industries.

A trial covering the entirety of Wales's public sector workers would cost around £1 billion (€1.2 billion), the report said, roughly equivalent to 2.5 per cent of Welsh annual public spending or 0.1 per cent of the UK's yearly public spending budget.

Howe's powers as commissioner only extend to offering advice to officials, and the Welsh Government does not have to act on the Future Generation Commission's recommendations.

"We recognise potential benefits in a shorter working week and some businesses in Wales are already expressing an interest in moving in that direction. We are considering the progress of pilots in other countries and examining the lessons Wales can learn," a government spokesperson told the Guardian newspaper.

Polling commissioned for the future generations commissioner's report suggested that the public would support a shorter week at full pay.

A survey of 1,049 people found that just under 57 per cent supported or strongly supported the idea of a four-day week pilot scheme, while just under 17 per cent were opposed.

Cardiff hair salon owner Joel McCauley said his business moved to a four-day week at the start of the pandemic, with positive results.

"When you have more time, you can think about life in a different way. At work, you’re likely to have more energy and fewer non-productive days. Outside work, you can be a better person, a better parent, a better member of the community," he said.

"Society isn’t working. The current system is broken and based on old-fashioned capitalism".

However, the report also found opposition to the proposal on the grounds that a "one-size-fits-all policy" would not work for every industry, and could even encourage employers to hire gig work-style, self-employed contractors instead of permanent employees with rights to a shorter week.

The idea of the four-day week has gained momentum in recent years. Last year, the Spanish government backed calls for a small-scale trial, while in 2020 New Zealand's prime minister Jacinda Ardern said the concept could help the country recover from the COVID-19 pandemic.

In 2015 and 2017, two pilot schemes that cut working hours but not pay for Icelandic public sector workers found that they reported feeling less stressed and burnt out, while productivity remained the same or even improved.

First, the Icelandic four-day week trials focused on staff in high-workload and high-stress departments where the additional time off was more likely to have an impact.

Icelandic officials also co-operated with the country's unions, the report said. This led to long-term change in 2019 when Icelandic trade unions negotiated a new collective agreement with the country's business federation that opened up the possibility of shortening the working week more widely.

Officials in the Nordic country played down the impact of the move, however, with one union leader saying it was "no major victory" that held no guarantees of shortening the working week.