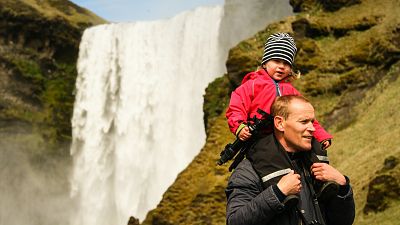 Trials of a shorter, four-day working week in Iceland made workers less stressed and reduced the risk of burnout, with no negative effect on productivity or service provision.

Among the workplaces involved in the trials, productivity and service provision either stayed the same or even improved, a new report on the trials published on July 4 said.

The trials carried out in 2015 and 2017 included 2,500 public sector workers, accounting for over 1 per cent of Iceland’s entire working population.

The workers involved moved from working 40 hours a week to 35 or 36 hours a week while their pay remained the same.

The trials have already led to changes.

In 2021, 86 per cent of Icelandic workers were either working shorter weeks or had contracts enabling them to reduce their hours.

"The overarching picture that emerges is that the Icelandic trials strongly challenge the idea that a reduction in working hours will lower service provision," the report said.

Researchers from Iceland's Association for Sustainable Democracy (Alda) and UK think tank Autonomy analysed the results from the trials, which were initiated by the Icelandic government and Reykjavik City Council after campaigning by trade unions.

They found that workers taking part in the trials reported a "powerful positive effect on work-life balance".

These included having more time to spend with their children or pursuing hobbies.

Men in heterosexual relationships were also more likely to take on household chores, the researchers found.

“This study shows that the world’s largest ever trial of a shorter working week in the public sector was by all measures an overwhelming success," said Will Stronge, Director of Research at Autonomy.

"It shows that the public sector is ripe for being a pioneer of shorter working weeks – and lessons can be learned for other governments".

In total, roughly 86 per cent of the country's workforce has either moved to a shorter working week or now has the right to request shorter hours, the report said.

“The Icelandic shorter working week journey tells us that not only is it possible to work less in modern times, but that progressive change is possible too," Alda researcher Guðmundur D. Haraldsson said.

“Our roadmap to a shorter working week in the public sector should be of interest to anyone who wishes to see working hours reduced," he added.

A report by the 4 Day Week campaign found that shifting to a four-day working week without loss of pay could shrink the UK’s carbon footprint by 127 million tonnes per year by 2025, a reduction of 21.3 per cent.

The robot scientist searching for a COVID-19 cure