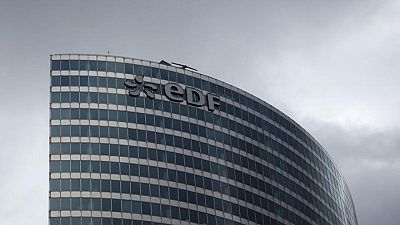 PARIS – EDF shares fell on Tuesday after the troubled French state-controlled power group made fresh cuts to its nuclear output projections, which drove up prices for European gas, power and carbon.

EDF, which announced its revisions on Monday, has faced pressure from government steps to tackle higher energy bills. It has also been plagued by delays over new reactors and been forced to shut reactors to deal with corrosion and other safety issues.

It slashed its nuclear output forecast for 2022 to 295-315 terawatt-hours from a previously expected 300-330 terawatt-hours, saying this was related to nuclear safety controls.

EDF’s shares, which have lost almost 40% since December, fell as much 3.5% on Tuesday, recovering some ground to trade 2% lower later on.

Analysts said falling nuclear power was encouraging the use of more fossil fuel-powered plants, driving up the price of carbon emissions permits which are closing in on 100 euros ($114) per tonne for the first time.

“The high carbon price impacts power prices directly since there are no alternatives for coal and gas generation in the short term, in periods where nuclear and renewables cannot cover demand, coal and gas are effectively setting power prices,” Rystad Energy analyst Fabian Rønningen said.

Jefferies analysts said extra energy EDF would have to buy would cost the equivalent of 8% of its market capitalisation.

Two reactors had shutdowns extended. Penly 1’s shutdown would run to Oct. 31 and Chooz 1 would stay shut until Dec. 31.

EDF’s forecast shows nuclear output will fall by 2.5 to 3 gigawatts (GW) on average in 2022 and analysts said it raised concerns for 2023, given the risk of outages being extended.

EDF said it would announce its 2023 forecast “as soon as possible”.

French Environment and Industry Transition Minister Barbara Pompili said EDF was due to send the government a first report on safety-related nuclear outages in March, adding: “I have asked EDF for an audit because too many reactors are halted.”

The minister also said in her comments to French radio that EDF would buy a France-based operation that makes nuclear reactor turbines, worth about $1 billion, from General Electric. The unit had been owned by Alstom until 2015.

She said returning it to French ownership was a “logical move”.

(This story was refiled to fix grammatical error in penultimate paragraph)