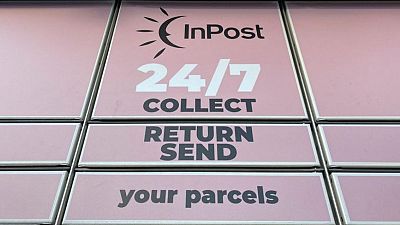 That was below guidance of 29%-35%, analysts at JP Morgan wrote in a note to clients.

InPost shares were down 7.6% at 1018 GMT on the Amsterdam stock exchange, having opened up almost 5%.

JP Morgan analysts attributed the miss to a third-party logistics issue at one of the large e-commerce platforms.

“We saw record daily volumes in December … more than 2.5 million parcels ordered on the 22nd and 23rd of December were delivered by 3 p.m. on Christmas Eve, with the capacity to ship even more volumes,” CEO Rafal Brzoska said in a statement.

In December, InPost, which recently signed a deal with Prosus-owned classifieds platform OLX, introduced same-day delivery to 20 cities in Poland, with guaranteed delivery to APMs by Christmas Eve for parcels dispatched by Dec. 22.

Erste Securities analyst Krzysztof Kawa said he did not understand “such a negative market reaction” as the operating figures were “neutral” and broadly line.

The company lowered its guidance last November on slower-than-expected growth in the e-commerce market.

With 107 million parcels delivered in the fourth quarter and 83 million in the third, there is no reason to worry, he added.

The firm beat its 2021 target numbers of deployed APMs, which already factor in the July acquisition of France’s Mondial Relay, with a 66% year-on-year increase globally to 20,367 machines, including 16,445 in Poland.

The firm’s pick-up and drop-off points (PUDO) parcel volumes in France grew over October-December, while customer usage of newly deployed APMs was stronger than it had expected.