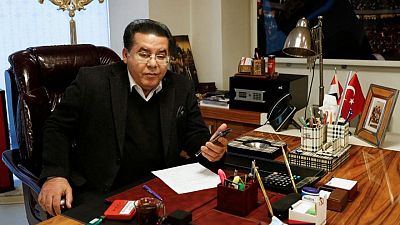 It said the surveillance programmes used against Ayman Nour, a liberal politician and critic of Egypt’s President Abdel Fattah al-Sisi, were made by the Israeli NSO Group and a previously obscure Europe-based firm called Cytrox.

Nour’s Ghad al-Thawra Party blamed Egypt and another unidentified Arab country for hacking his phone. Citizen Lab stopped short of blaming anyone for the spying, saying only that Egypt was a likely Cytrox customer.

A separate report by Facebook owner Meta Platforms Inc, also due to be published on Thursday, identified Cytrox as a spyware vendor.

Facebook’s report did not address Nour’s case but, like Citizen Lab, it said Cytrox had Egyptian clients.

Egyptian authorities did not immediately respond to a request for comment.

An NSO group spokesperson said deploying cyber tools to monitor activists and journalists was a serious misuse of technology and the company had shown in the past its “zero-tolerance for these types of misuse by terminating contracts”.

Messages left with Ivo Malinovski – who until recently identified himself as Cytrox’s CEO on LinkedIn – were not immediately returned.

Nour has long been a fixture of the Egyptian opposition. He stood against veteran leader Hosni Mubarak in a 2005 presidential election. Shortly after the vote he was arrested and imprisoned for three years on charges of forgery that were widely viewed as part of a political vendetta.

“The shock was that there were two spying programmes, and not (just) one  programme,” Nour told Reuters.

“I believe that in 40 years of public and political work, as a member of parliament, as a presidential candidate, there were hundreds of signs of some kind of monitoring or breaches of privacy,” he said. “For the first time I have evidence.”

Ghad al-Thawra, which is registered in France, appealed to French rights groups including the Paris-based Reporters Without Border (RSF) to support Nour, who also heads a TV channel.

Toronto-based Citizen Lab said a second Egyptian figure had also been hacked by Cytrox. It identified the figure only as an exiled journalist who hosts a popular programme and is also a critic of Sisi.

The reports by Citizen Lab and Meta come as U.S. tech companies, lawmakers, and government officials are taking an increasingly hard line against companies whose software has been used to hack civil society figures across the world.

NSO was recently blacklisted by the U.S. government. Earlier this week a group of U.S. lawmakers urged the Biden administration to go further and sanction NSO and three other surveillance companies accused of helping authoritarian governments commit human rights abuses.