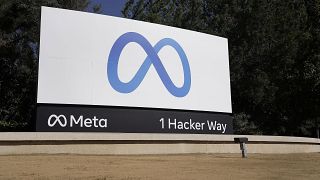 Meta has opened access to its virtual reality (VR) platform Horizon Worlds for users in the United States and Canada after more than a year in private test mode.

It is the first attempt at releasing a product since Facebook rebranded itself as Meta and is in line with CEO Mark Zuckerberg’s vision of the “metaverse”.

The app, available to those 18 and older, allows users to build their own worlds and mini-games. It is similar to Roblox and the OASIS VR world from Ready Player One.

Users can create a legless VR avatar in the same style as its workplace meeting system Horizon Workrooms and interact with other avatars.

It also allows you to hang out with 20 people at a time in the virtual space and is free for players who use Meta’s Oculus Quest 2 headset.

Horizon Worlds launched in beta last year to Oculus VR users but the app now means you no longer need to be invited.

"Our vision for Horizon Worlds is to bring to life a creator-friendly VR space with best-in-class social world-building tools," Meta said in its announcement.

"And we've spent the past year developing those tools and improving them based on creator feedback."

Creators cannot make money directly from Horizon Worlds but Meta has set up a "creator fund" to reward creators who win competitions.

In October, Meta announced its name change from Facebook. Back then, the company said it will spend about $10 billion (€8.8 billion) over the next year developing technologies to build the metaverse.

“Our hope is that within the next decade, the metaverse will reach a billion people, host hundreds of billions of dollars of digital commerce, and support jobs for millions of creators and developers,” Zuckerberg wrote in October.