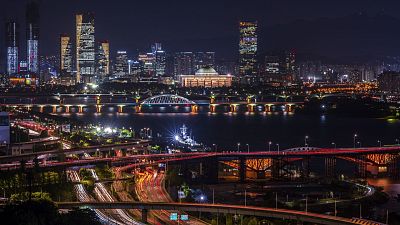 The Seoul Metropolitan Government (SMG) announced on Monday it will be the first major city to enter the metaverse.

Provisionally called ‘Metaverse Seoul’, it intends to create a virtual communication ecosystem for all areas of its municipal administration. This would include economic, cultural, tourism, educational and civic service, in three stages from next year.

The metaverse refers to a shared 3D virtual world in which all activities can take place using augmented and virtual reality equipment. These platforms have gained popularity in recent years as people have shifted their activities online, especially in the midst of the COVID-19 pandemic.

The South Korean capital has invested KRW 3.9 billion (about €2.8 billion) into the project, as part of the city’s mayor Oh Se-hoon's Seoul Vision 2030 plan. It aims to make Seoul “a city of coexistence, a global leader, a safe city, and a future emotional city,” the mayor said.

If this project becomes a reality, Seoul citizens will soon be able to put on their VR headsets to meet city officials for virtual consultations. They will even be able to attend mass events.

Celebration in a new dimension

When the 2022 New Year’s Eve traditional Bosingak Belfry bell will ring, it will happen in real life (IRL) but also in the metaverse.

The city announced in a statement that in 2023 the SMG will open the “Metaverse 120 Centre” (tentatively named), a virtual public service centre. The avatar public officials in the metaverse will provide convenient consultations and civil service, which was available only through the civil service centre at Seoul City Hall.

In addition, Seoul’s major tourist attractions, such as Gwanghwamun Plaza, Deoksugung Palace and Namdaemun Market, will be introduced through the “Virtual Tourist Zone”.

As for lost historical resources, such as Donuimun Gate (one of the four minor city gates to the capital destroyed in 1915), it will be recreated in the virtual space.

From 2023, Seoul’s leading festivals, such as the Seoul Lantern Festival, will also be held in the metaverse so that it can be enjoyed by all people around the world.

The SMG will also develop services for the socially vulnerable including safety and convenience content for people with disabilities using extended reality (XR).

Seoul becoming a metaverse city is a new step in the evolution of smart cities.

According to the website Quartz, the city is planning to use artificial intelligence to monitor its sewers and water waste centres. “An AI chatbot serves as a public concierge, fielding public questions and complaints related to everything from parking violations to COVID-19 protocols.”

This big leap could lead to overcoming restrictions in the real world that are posed by temporal or spatial limitations and language barriers (among others) through the metaverse platform developed with advanced technologies.