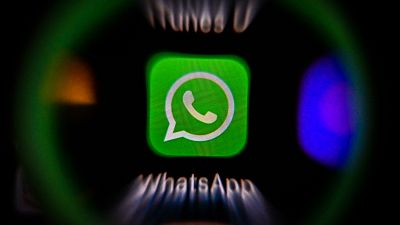 Whatsapp is trialling in-app cryptocurrency payments that will allow users to send and receive money using the Novi digital wallet, which is also owned by Meta.

Meta, formerly known as Facebook, has been working on the wallet app for several months, following the failure to launch its digital currency Libra.

The pilot program is only available to a limited number of people in the United States, Novi head Stephane Kasriel said in a tweet on Wednesday.

Novi said the aim of the payment system is to help the millions of people who cannot access global financial systems.

"Being shut out of the global financial system has real consequences for people's lives, and it’s often the most underserved people who pay the highest price,” Novi said in a statement.

"Costs are high and waits are long when people want to send money to their families internationally. The current system is failing them, and there is no digital financial architecture to support the innovation we need".

Those who can use the Novi digital wallet will be able to send and receive the US PAX Dolla (USDP) token. It is a stablecoin cryptocurrency, meaning its value is pegged to the US dollar.

The token is also regulated by the New York State Department of financial services.

Meta said it valued USDP because it is more stable than other cryptos such as Bitcoin, which recently lost over a fifth of its value amid a broad selloff.

"USDP reserves are fully backed by the US dollar and are held 100% in cash and cash equivalents," the statement added, meaning "people can easily withdraw their money in their local currency when they choose," Novi said in a statement.

"We're still very early in the Novi pilot journey, so we made the decision to test this new entry point in one country to start and will look to extend it once we've heard from people what they think of this new experience," Novi's chief executive Stephane Kasriel said.

Is this Bitcoin's inventor? Man in US wins $50bn crypto legal dispute