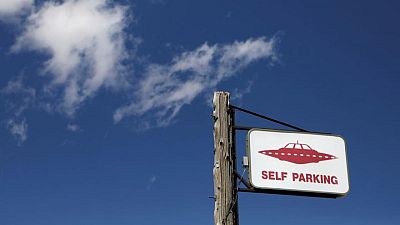 The Pentagon is launching a new unit responsible for investigating unidentified flying objects, or UFOs, observed by branches of the US military.

The HQ of the US Department of Defense said the Aerial Object Identification and Management Synchronization Group (AOIMSG) will replace the Unidentified Aerial Phenomena Task Force which was created in August 2020 under the administration of Donald Trump.

The office will be placed under the responsibility of the Under-Secretary of Defense for Intelligence and Security, with a focus not on investigating extraterrestrial aliens, but a more down-to-earth target.

"The AOIMSG will synchronize efforts across the Department and the broader US government to detect, identify and attribute objects of interest in Special Use Airspace (SUA), and to assess and mitigate any associated threats to safety of flight and national security," the Pentagon said on Tuesday in a statement.

Encounters of the third kind?

The original task force was set up the same year three videos taken by US Navy pilots were released to the public, showing mid-air encounters with "unidentified aerial phenomena".

In one, a fast-moving, oblong-shaped object can be seen disappearing after a sudden acceleration a few seconds after being spotted by one of the sensors onboard the US Navy aircraft.

In another video, an object can be seen above the clouds, with the pilot wondering if it is a drone.

The US military has spent decades deflecting, debunking, and discrediting observations of UFOs and "flying saucers" dating back to the 1940s.