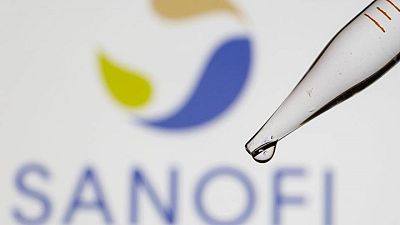 PARIS – Drugmaker Sanofi is investing $180 million in French startup Owkin, whose predictive algorithms aim to improve the research and development of new cures against cancer, the Paris-based group said on Thursday.

The deal gives Sanofi a stake between 10 and 15% in Owkin, company co-founder and CEO Thomas Clozel said, and turns Owkin into a “unicorn” — a startup company valued at more than $1 billion.

The transaction, steered by Sanofi’s chief digital officer, Arnaud Robert, also includes a partnership, under which Owkin agreed to build prognostic models and help evaluate the response to treatment against four types of cancer via its platform.

Sanofi said it would pay $90 million upfront for the first three years of collaboration with Owkin. The pharmaceutical group will make additional payments if Owkin’s biomedical models prove successful.

“It’s our biggest deal,” Clozel, a clinical research doctor, said. “It shows the confidence of a pharma in our technology and platform: They understand their importance for drug discovery and clinical trials.”

Owkin doesn’t say how much GV invested, nor does it disclose its finances.

Owkin, also based in Paris, has developed its algorithms and artificial intelligence platform by dispatching them in medical and research centres. It installs and operates servers locally in each of the centres that agreed to give access to their data — the indispensable raw material from which Owkin’s algorithms sharpen their analytical capabilities.

This means that the pools of data aren’t centralised on a single platform and remain instead in the hands of each individual hospital or research centre, Owkin says.

The process, though costly, ensures that the medical data are kept locally and lowers the risks of any hacking, Clozel said. (This story corrects scope of GV’s investment in paragraph 6)