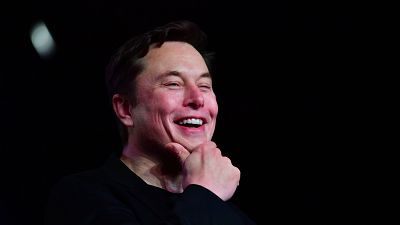 Tesla Chief Executive Elon Musk has sold about $5 billion (€4.3 billion) in shares, roughly 3 per cent of his Tesla holdings, he said on Wednesday, just days after he polled Twitter users about selling 10 per cent of his stake in the company.

Filings with the United States Securities and Exchange Commission (SEC) revealed that Musk's options-related sales were planned in September, over two months prior to his Twitter poll.

Musk's Tesla shares make up the vast majority of his fortune, estimated to be worth $281.6 billion (€245 billion).

On Saturday, Musk asked Twitter users whether he should sell 10 per cent of his stake, helping to push down Tesla's share price after a majority on Twitter said they agreed with the sale.

"Much is made lately of unrealised gains being a means of tax avoidance, so I propose selling 10 per cent of my Tesla stock," he tweeted.

"I will abide by the results of this poll, whichever way it goes."

The poll attracted more than 3.5 million votes, with almost 58 per cent voting in favour of the share sale.

Tesla stock shed 12 per cent on Tuesday after a multi-day selloff that endangered the company's position in the $1 trillion club. It recovered 4.3 per cent on Wednesday.

The options-related sales were set up in September through a trading plan that allows corporate insiders to establish preplanned transactions on a schedule, the filing said.

The sales of the option-related shares paid for associated taxes. It was not clear how or whether the trading plan related to Musk's Twitter poll. Tesla did not respond to a request for comment.

Why Elon Musk could sell 10% of his Tesla stock