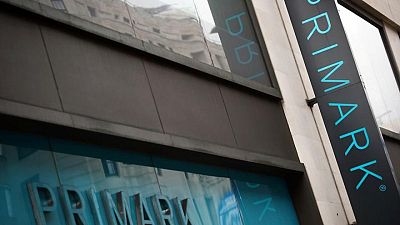 LONDON -Associated British Foods expects its Primark fashion business to recoup all the sales lost in its last financial year to pandemic lockdowns and plans to accelerate its expansion in the United States and Europe.

Shares in AB Foods jumped more than 7% on the improved Primark outlook as well as expectations for “significant progress” in 2021-22 earnings for the broader group, which also owns sugar, grocery, ingredients and agricultural operations.

It said Primark’s 2021-22 sales would rise by at least the estimated 2 billion pounds ($2.7 billion) lost to lockdowns and its adjusted operating margin would rally to more than 10% after revenue and profit fell 5% and 11% respectively in 2020-21.

“Whereas a lot of the online players are really worried about compression to their margins, we’re talking about how big does the margin increase for Primark,” John Bason, the group’s finance chief, told Reuters.

Unlike many clothes retailers, Primark does not have an online business.

AB Foods said it was planning to increase the number of Primark stores to 530 by 2026 from 398 as of September, with a focus on the United States, France, Italy and Iberia.

“In the U.S., the potential for new stores is considerable,” it said.

AB Food’s shares were also helped by the payment of a special dividend as part of a new capital allocation policy that could see more shareholder returns.

The company said Primark was not immune to the challenges of supply chain, raw material cost and labour rate inflation.

“However, we currently expect the impact of these to be broadly mitigated by the transaction currency gain arising from the weaker U.S dollar, improved store labour efficiency and lower operating costs,” it said.

As a result Primark would not be raising prices for the autumn/winter season, said Bason.

The group was seeing significant cost increases in energy, logistics and commodities, in addition to the impact of port congestion and road freight limitations. It said it was working to offset the impact of these through cost savings.

Analysts said the price rises would be “high single digit”.

For the 53 weeks to Sept. 18, AB Foods reported adjusted earnings per share of 80.1 pence and adjusted operating profit of 1.01 billion pounds, both down 1%. Revenue was flat at 13.9 billion pounds.

The sugar business had a particularly strong year, with profit up 75%.

The group also noted that S&P Global has assigned it an ‘A’ grade long-term issuer credit rating, with a stable outlook, which analysts said raises the prospect of cheaper public debt.