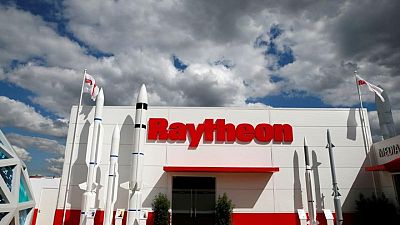 OSLO -Norway’s largest pension fund KLP said on Thursday it would no longer invest in 14 major weapons makers and their suppliers, including Raytheon Technologies Corporation and Rolls-Royce.

The exclusion of the firms, based in Britain, China, France, Israel, India, Italy and the United States, is because they produce certain types of weapon, mostly involving nuclear arms, that violate fundamental humanitarian principles, KLP said.

“The criterion applies mainly to nuclear weapons and cluster munitions, as well as anti-personnel mines,” it said in a statement.

Two of the companies – Elbit Systems and Leonardo – have already been excluded by KLP for other reasons.

Babcock declined to comment, while none of the other companies were immediately available for comment when contacted by Reuters.

KLP‘s decision follows a review of ethical criteria, expanding its definition to include makers of key components used for these types of weapons and providers of key support services.

“Companies do not need to produce the actual weapons components themselves,” Kiran Aziz, KLP‘s head of responsible investment, said in an email to Reuters.

“We are now taking a slightly more stringent line with producers of aircraft and vessels that have been developed, produced or adapted to launch nuclear weapons.”

KLP, which has $90 billion worth of assets under management, said all the companies had been divested from its portfolio.

The exclusions mean that KLP has sold shares worth just over 1 billion Norwegian crowns ($117.50 million) and debt securities in the form of bonds worth about 200 million crowns, the company said.