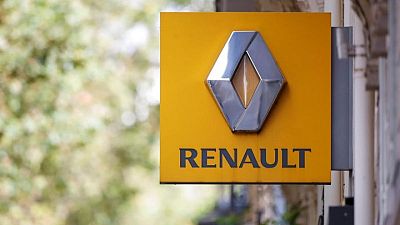 French carmaker Renault said on Friday its production losses in 2021 because of a global semiconductor chip shortage would be far larger than previously forecast, but maintained its profit outlook thanks to high car pricing and cost cuts.

The shortage of chips, used in everything from brake sensors to power steering to entertainment systems, has led automakers around the world to cut or even suspend production, pushing up vehicle prices.

Like its peers, Renault has focused production on more profitable models.

The French carmaker said its production losses for the year would now be close to 500,000 vehicles, or more than double the 220,000 units forecast in early September.

Sources close to the firm had told Reuters this week that production losses would be much higher than previously forecast.

The carmaker said that by the end of September its order book had hit a 15-year high, for the equivalent of 2.8 months worth of sales.

During the third quarter, fully electric, plug-in hybrid and hybrid models made up more than 31 per cent of sales, Renault said.

The carmaker is on track to meet more stringent 2021 European CO2 emission targets, it added.

Renault said higher car prices meant that despite a drop of 22.3 per cent in global sales, third-quarter revenue had fallen by 13.4 per cent to 8.98 billion euros from 10.37 billion a year earlier.

The company reiterated that its full-year operating margin would be around the same as the 2.8 per cent it reported for the first half of the year. That compared to a loss margin of minus 0.8 per cent.

Renault said vehicle inventories had fallen to 340,000 cars at the end of the quarter from 470,000 a year earlier.