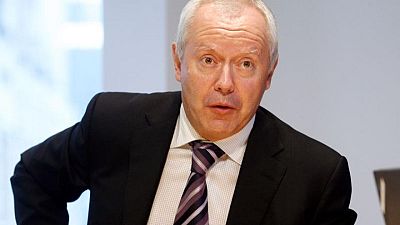 The sharp recent gains in gas and coal prices are market signals that more investment is needed until renewable energy can take their place, CEO Huw Jenkins told Reuters in an interview.

“Even when there are price signals indicating that you should be investing to expand supply of fossil fuels, the reticence of financial investors … is actually meaning that the price signal isn’t working,” he said.

“When people should be expanding production, their ability to do so is being impacted by the fact that it could have an adverse impact on their valuations.”

Engelhart is a private company owned by partners, including Jenkins, having been spun off from Brazilian bank BTG Pactual in 2016.

The business, worth $500 million in equity capital, is back on track after a major restructuring and slimming down, growing by 15% last year, Jenkins added.

Engelhart was founded as a physical commodity trader, but it lacked scale in nearly all markets, so from 2017-18 it scrapped all of its physical businesses except trading Brazilian soybeans, corn and sugar.

Headcount tumbled from around 700 to about 250 and the group now focuses on financial commodity trading, mainly in energy, but also in metals and agricultural markets.

“An area of significant investment for us over the next couple of years will be in power and gas, in oil, and indeed, in coal, from a financial trading point of view,” he said.

The firm’s success has been largely due to building up a sophisticated research operation that uses data to seek out opportunities, Jenkins said.

“We think our job is to … to capture those relative price inefficiencies across the universe of liquid commodity contracts.”