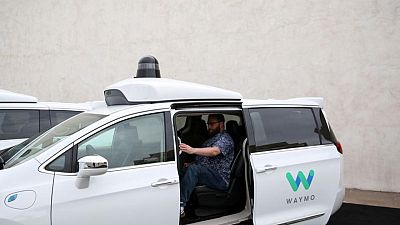 – The performance of advanced driver-assistance technology used to help vehicles automatically brake and stay in lanes is significantly reduced by moderate and heavy rain, a study by the American Automobile Association showed on Thursday.

That could lead to dangerous situations if drivers rely too heavily on the systems, whose performance is typically evaluated in ideal conditions, the researchers said.

“The reality is people aren’t always driving around in perfect, sunny weather, so we must expand testing and take into consideration things people actually contend with in their day-to-day driving,” Greg Brannon, AAA‘s director of automotive engineering and industry relations, said in a statement.

Advanced driver-assistance systems, or ADAS, are becoming more common in newer vehicles. They do not offer autonomous driving, but can automate limited driving tasks.

Auto emergency braking is increasingly provided as a standard feature in new cars and has shown to significantly reduce rear-end crashes in tests by insurance groups.

In the AAA study, no test car crashed into a stopped vehicle under ideal conditions. But during simulated rainfall, 17% of test runs resulted in crashes at speeds of 25 mph (40 km/h), increasing to 33% at speeds of 35 mph (56 km/h).

The pavement during the rain tests was dry and researchers noted wet roads could result in even higher crash rates.

Vehicles equipped with lane-keeping technology crossed lane markers 37% of the time during ideal conditions in the AAA test, but that rate jumped to 69% once rain was added.