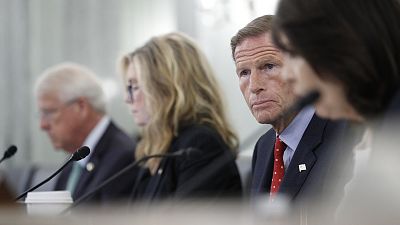 Facebook faced a grilling by the US Senate on Thursday after a week of controversy over leaked internal research showing that Instagram could be harmful to teenagers' mental health.

The research, first revealed by the Wall Street Journal (WSJ), included the finding that 32 per cent of teenage girls said that when they felt bad about their bodies, Instagram made them feel worse.

Facebook said its research showed that Instagram had either no impact or a positive impact on teenage users, although the company acknowledged that its researchers had found the app made body image issues worse for a third of girls.

One study from March 2020 on social comparison and body image, which was carried out by Facebook researchers and released by the WSJ this week, found that Instagram's features "exacerbate each other to create a perfect storm," highlighting the way the app led children down a "spiral" of unrealistic beauty ideals and pressure to "look perfect".

During Thursday's testimony, Facebook’s head of global safety Antigone Davis told US Senators that the company cared about the safety of its users.

"On 11 of the 12 issues, teen girls who said they struggled with those issues were more likely to say that Instagram was affirmatively helping them, not making it worse. That was true for teen boys on 12 of 12 issues," Davis told the Senate Commerce subcommittee.

But chair of the subcommittee Senator Richard Blumenthal said the leaked research showed that Facebook prioritised profits over protecting children from harm.

Committee member Senator Ed Markey drew parallels between Facebook's internal research and that of the tobacco industry, which covered up studies showing that cigarettes were harmful to human health in the latter half of the 20th century.

"Instagram is that first childhood cigarette meant to get teens hooked early. Facebook is just like Big Tobacco, pushing a product they know is harmful to the health of young people," he said.