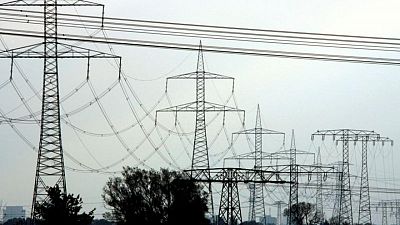 BRUSSELS -Leaders of European Union countries will discuss surging energy prices when they meet next month, as governments scramble to cushion households from the soaring cost of gas and power.

Benchmark European gas prices have rocketed by more than 300% this year due to factors including low storage levels, outages and high demand as economies recover from the COVID-19 pandemic, dragging up wholesale electricity costs.

Leaders from the EU’s 27 member countries will discuss the surging prices when they next meet on Oct. 21-22, according to a draft agenda for the summit, seen by Reuters.

EU countries are responsible for their national energy policies, and some governments have already intervened. France has offered a one-off payment to poorer households, while Greece is planning subsidies to help households shoulder higher bills.

Some have called for a more coordinated EU response – with Spain seeking reforms to the bloc’s electricity market and warning that high energy bills could damage public support for policies to fight climate change.

“There is an urgent need to discuss the impact of higher prices on low income communities at the highest possible level,” one EU diplomat said on Tuesday, adding the bloc must ensure its climate change targets do not push prices up more.

Luxembourg on Tuesday called on the European Commission to protect the EU’s internal energy market and safeguard it against potential manipulation by companies.

“It is up to the Commission to ensure the integrity of the European internal market and to ensure that no company takes advantage of its dominant position to exert influence on prices,” Luxembourg energy minister Claude Turmes said in a letter to the EU’s energy and antitrust chiefs.

The letter, seen by Reuters, asked the Commission to take immediate steps to identify potential abuses.

“If they were proven, the Commission should put an end to them by all the means at its disposal,” it said.

The letter did not name specific suppliers. A group of European Parliament lawmakers this month asked Brussels to investigate Gazprom’s role in soaring European gas prices, saying the Russian supplier’s behaviour had made them suspect market manipulation.

Brussels is drawing up a “toolbox” of measures that national governments can use to respond to price hikes – such as by tweaking the value-added tax (VAT) on energy.

The Commission has said the price spike should encourage countries to shift away from fossil fuels faster, and ensure more citizens have access to affordable renewable energy.