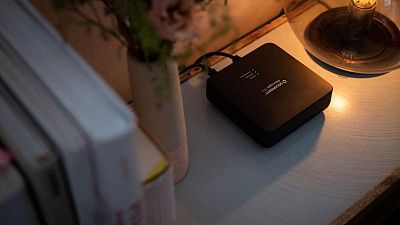 FRANKFURT – Germany’s Solarwatt opened a new production line for photovoltaic modules on Thursday as part of a 100 million euro ($117 million) investment, as it promotes the convergence of the renewable power, smart home, heating and e-mobility.

The line will produce one million modules per year, enough to allow 80,000 households to meet their power needs with renewable electricity, it said in a statement to coincide with an inauguration event.

CEO Detlef Neuhaus said demand for photovoltaic systems from residential and commercial customers is rising not only in Germany but worldwide.

“It is therefore extremely important that we have a strong solar industry in this country to drive innovation and to offer solutions which help people get clean energy as quickly and easily as possible,” he said.

This came shortly after it announced a cooperation deal with BMW in which the carmaker supplies battery components also used in BMW electric vehicles for Solarwatt’s branded home storage product, called “Battery flex”.

As the price of battery technology has come down, it is becoming increasingly economical for householders to store surplus solar power rather than selling it to grid operators and having to buy from the grid when the sun does not shine.

Germany is the world’s top home storage battery market with 300,000 stationary batteries, a market currently led by Solarwatt rival Sonnen, which is part of Shell.