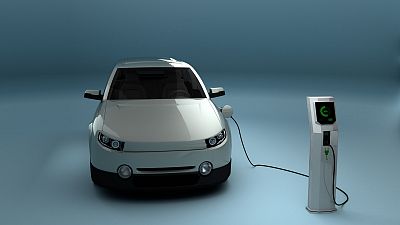 Europe's carmakers are tackling the shift to electric vehicles (EVs) with, it's fair to say, varying levels of enthusiasm.

But as ten European countries and dozens of cities plan to ban sales of new internal combustion engine (ICE) vehicles by 2035, companies are increasingly realising that they can't afford to be left behind.

Another issue is the infrastructure they need. Data analysis by industry lobby group ACEA found that 70 per cent of all EU EV charging stations are concentrated in just three countries in Western Europe: the Netherlands (66,665), France (45,751) and Germany (44,538).

Despite the major obstacles, if the "EV Day" announcements in July by one of the world's biggest car manufacturers, Stellantis, proved one thing it's that electric cars are here to stay.

But how long will it take for Europe's cars to go fully electric?

Read on to find out how the continent's biggest brands are adjusting to an electric future.

The German carmaker has set itself a relatively low target compared to some others on this list, with the goal of at least 50 per cent of sales to be "electrified" by 2030.

BMW subsidiary Mini has loftier ambitions, claiming to be on track to become fully electric by "the beginning of the coming decade". According to the manufacturer, just over 15 per cent of Minis sold in 2021 have been electric.

The company behind Mercedes-Benz revealed its plans to go electric earlier this year, with a promise that the brand would release three battery-electric architectures that future models would be based on.

Mercedes customers will also be able to choose a fully-electric version of every car the brand makes from 2025.

"We will be ready as markets switch to electric-only by the end of this decade," Daimler CEO Ola Källenius announced in July.

Don't hold your breath. While the Italian supercar maker plans to reveal its first all-electric car in 2025, former CEO Louis Camilieri said last year he believed the company would never go all in on electric.

While the recently announced all-American, all-electric F150 Lightning pickup truck has turned heads in the US, Ford's European arm is where the electric action is.

Ford says that by 2030, all of its passenger vehicles sold in Europe will be all-electric. It also claims that two-thirds of its commercial vehicles will be either electric or hybrids by the same year.

2040 is the date Honda CEO Toshihiro Mibe has set for the company to phase out ICE vehicles.

The Japanese company had already committed to selling only "electrified" – meaning electric or hybrid – vehicles in Europe by 2022.

In May, Reuters reported that Korea-based Hyundai planned to cut the number of fossil fuel-powered cars in its line-up by half, in order to concentrate development efforts on EVs.

The manufacturer says it's aiming for full electrification in Europe by 2040.

The British conglomerate announced in February that its Jaguar brand would go fully electric by 2025. The shift for Land Rover will be, well, slower.

The company says 60 per cent of Land Rovers sold in 2030 will be zero-emissions. That coincides with the date of when its home market, the UK, is banning the sale of new ICE vehicles.

France's best selling carmaker last month revealed plans for 90 per cent of its vehicles to be fully electric by 2030.

To achieve this the company hopes to launch 10 new EVs by 2025, including a revamped, electrified version of the 90s classic Renault 5. Boy racers rejoice.

The megacorp formed by a merger of Peugeot and Fiat-Chrysler earlier this year made a big EV announcement at its "EV day" in July.

In August the company gave a little more detail, revealing that its Italian brand Alfa-Romeo would be fully-electric from 2027.

An early pioneer of electric hybrids with the Prius, Toyota says it will release 15 new battery-powered EVs by 2025.

It's a show of effort from a company – the world's biggest car manufacturer – that has seemed content to rest on its laurels. Last year CEO Akio Toyoda reportedly ranted about battery EVs at the company's annual general meeting, falsely claiming that they were more polluting than internal combustion vehicles.

For a company that has repeatedly faced fines for cheating in emissions tests, VW appears to be taking the transition to electric seriously.

Volkswagen has said it aims for all of its cars sold in Europe to be battery-electric by 2035.

"This means that Volkswagen will probably produce the last vehicles with internal combustion engines for the European market between 2033 and 2035," the company said.

Perhaps it isn't surprising that a Swedish car company from the land of "flygskam" plans to phase out all ICE vehicles by 2030.

The company says it will sell a 50/50 split of fully-electric cars and hybrids by 2025.

"There is no long-term future for cars with an internal combustion engine," Volvo's chief technology officer Henrik Green said during an announcement of the manufacturer's plans earlier this year.