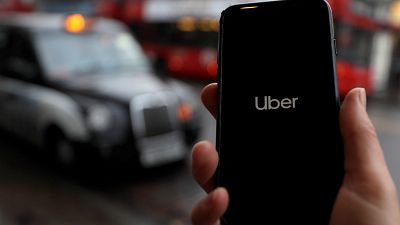 Uber drivers across the UK staged a 24-hour strike on Tuesday over claims of low pay and unfair dismissals.

The App Drivers and Couriers Union (ADCU), which organised walkouts in eight UK cities, urged customers not to use the app for 24 hours on September 28,

The ADCU has accused Uber of cheating drivers out of 40 per cent of their pay by not paying them for the waiting time between jobs.

In February, the UK's Supreme Court ruled that drivers on the platform were at work for as long as they were logged into the Uber app.

The union also claims that Uber has unfairly "robo-fired" drivers via automated algorithms.

"It is shameful that Uber continues to defy the highest court in the land to cheat 70,000 workers out of pay for 40 per cent of their true working time," ADCU president Yaseen Aslam said.

"Uber’s offer to set up a cross app common pension scheme just proves that it must also be possible for these companies to apportion and pay driver waiting time between them," he added.

Euronews Next asked Uber to comment on the strike, but did not receive a response.

In a blog post following the UK Supreme Court's ruling, Uber said it now treated its 70,000 UK drivers as "workers," which it called "a unique classification under UK labour law that guarantees them at least the national minimum wage for any time spent actively working".

The company also argued that it had no control over what drivers were doing while they were logged in to its app but not transporting passengers, saying that "during the time they have the Uber app on but aren’t on an Uber trip, they very well may have one of our competitors' customers in their car".

A report by Oxford University-backed organisation Fairwork found that unpaid waiting time was one of the most common issues raised by workers on gig work apps like Uber.

One driver working for rideshare apps Uber, Bolt and Ola told Fairwork that unpaid waiting time meant he could earn just £30 (€34.74) for a 10-12 hour working day.

“From 5.00 am to 9.15 am, jobs come one after another between the three apps," he told the researchers. Outside peak hours, however, he could spend "45 min to one hour just waiting" between jobs.

In its 2021 report, Fairwork gave Uber a rating of two out of ten for its treatment of its workers.

According to the report, Uber would need to "demonstrate that work-related costs do not push workers below local minimum wage" in order to achieve a higher rating.