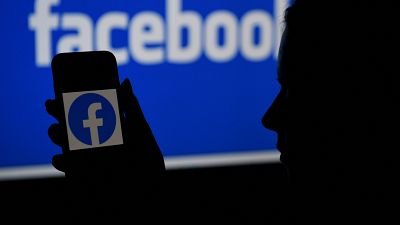 Facebook has introduced new safety measures for users in Afghanistan after the Taliban took over the country and fears mount that opponents could use social media to track targets and opponents.

The new measures include users being able to lock their account with one click so that people who are not their Facebook friends will not be able to share their photos or be able to see their timeline posts.

The company has also removed the ability to view and search the ‘Friends’ list for Facebook accounts in the country.

"We've launched a one-click tool for people in Afghanistan to quickly lock down their account. When their profile is locked, people who aren't their friends can't download or share their profile photo or see posts on their timeline," Facebook’s head of security policy Nathaniel Gleicher tweeted on Thursday.

On Wednesday, Facebook said it would continue to ban content posted by the Taliban on its platforms as it deems the group a terrorist organisation.

Earlier this week it was reported that the Taliban complaints hotline had been blocked by Facebook, along with other official Taliban channels.

What are other social media sites doing?

Professional networking site LinkedIn has also temporarily hidden the connections of its users in Afghanistan so other users cannot see them, a company spokesman said.

Meanwhile, Twitter has said it is in touch with civil society partners to provide support groups in Afghanistan. It also said it is working to accelerate requests to remove archived tweets.

Human rights groups have voiced concern that the Taliban could use social media platforms to track citizens’ digital histories and social connections.

Amnesty International has warned that thousands of Afghans, from academics and journalists to civil society activists and women human rights defenders, are at a serious risk of Taliban reprisals.

Researchers spoke to eyewitnesses who said six of the men were shot and three were tortured to death, including one man who was strangled with his own scarf and had his arm muscles cut off, in an attack in July in the village of Mundarakht.

Amnesty said those killings are likely to represent just a fraction of the total death toll inflicted by the Taliban to date, as the group has cut mobile phone services in many of the areas they have captured and control the photos and videos shared from these regions.