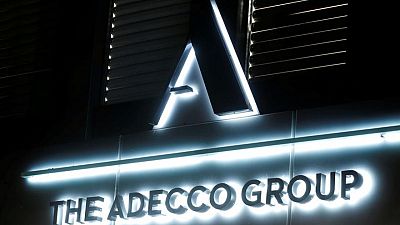 ZURICH – Adecco Group has agreed to buy AKKA Technologies in a deal worth 2 billion euros ($2.4 billion), it said on Wednesday, the biggest deal in the Swiss staffing company’s 25-year history.

Adecco will combine AKKA with its science and IT staffing business Modis to boost its services providing engineering, technical and R&D staff to automakers and aerospace companies.

Companies are increasingly outsourcing research and development work to outside consultants, a trend Adecco hopes to benefit from following the deal which Chief Executive Alain Dehaze called Adecco’s most important ever.

“This is not just about faster growing our top line, but differentiating our business and having higher margins,” Dehaze told Reuters.

“This is a huge opportunity; it is a growing market, it is a high-value market,” he added.

AKKA provides experts to aerospace companies like Airbus and Safran and Stellantis, the merged maker of Peugeot, Chrysler and Fiat cars.

Adecco combined with AKKA will be the world’s second-largest player in the sector behind CapGemini, but bigger than rivals including Alten, Accenture and AFRY.

The transaction will be financed mainly through approximately 1 billion euros in new senior bonds, a 500 million euro hybrid bond and placing new ordinary shares to raise gross proceeds of up to 350 million euros, Adecco said.

Its shares fell around 8% in early trade.

With revenue of 3.7 billion euros and 50,000 engineers on their books, the combined business had the advantage of being less vulnerable to economic ups and downs than other parts of Adecco’s operations, Dehaze said.

“Almost all industries have to transform their products into smart and connected products. All of them have to be re-engineering and reinvented,” Dehaze said.

“You see cars becoming computers on wheels because they are connected. You need new capacities to help customers develop these smart products.”

“As a rule of thumb these companies [like AKKA] can deliver 10% growth and margins of 10% on an EBITA basis,” he said.

Adecco’s all-cash offer of 49 euros per share, which has been accepted by AKKA‘s controlling share holders, represents a premium of 115% to its share price last Friday.

Bank Vontobel analyst Michael Foeth said the AKKA acquisition made sense because it diversifies the Adecco’s profile into less-cyclical, higher-growth and higher-margin activities.

“We view today’s results and acquisition announcement as positive for Adecco at first glance,” he wrote in a note.