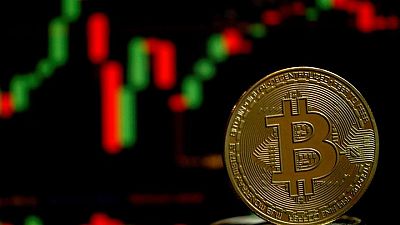 Cryptocurrencies popped to the top of recent ranges on Monday as short sellers bailed out in the wake of a strong week and while traders hoped a handful of positive comments from influential investors might signal a turnaround in fragile sentiment.

Last week, cryptocurrency enthusiast and Tesla boss Elon Musk said the carmarker would likely resume accepting Bitcoin once it conducts due diligence on its energy use. It had suspended such payments in May, contributing to a sharp crypto selloff.

Twitter boss Jack Dorsey also said last week that the digital currency is a "big part" of the social media firm's future and, on Sunday, London's City AM newspaper reported - citing an unnamed "insider" - that Amazon is looking to accept Bitcoin payments by year's end.

Brokers said that taken together the remarks were enough to finally lift the market from the floor of support where it has held steady since a May plunge, while data also pointed to heavy short-seller liquidations - suggesting many might have given up.

"With a record $1.2 billion (€1.01 billion) in shorts liquidated over the past 24 hours, the outlook and momentum for the week ahead is positive," he said.