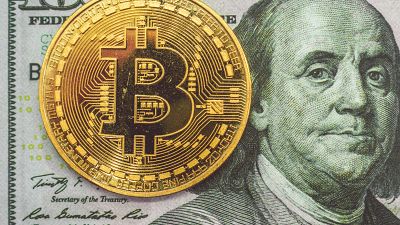 Photo by Bermix Studio on UnSplash   -   Copyright  Bermix Studio
The opinions expressed in this article are those of the author and do not represent in any way the editorial position of Euronews.
By Oscar Sanz-Paris, Sona Muzikarova and Juraj Somora  •  Updated: 15/06/2021

The views and opinions expressed in this article are those of the authors.

The central bank digital currencies (CBDCs) space has been pioneered by a diverse group of countries. Sweden, with its distinctively low use of cash is a natural forerunner but other regions have recently made headway, too.

CBDCs – a frequently obscure concept that gets lumped in with cryptocurrencies – are a digital representation of central bank-issued cash. CBDCs can use an electronic record or digital token to represent the virtual form of a fiat currency in a country/region, backed by monetary reserves.

By their nature, CBDC are centralised, issued by a central bank or akin monetary authority. This contrasts with cryptocurrencies like Bitcoin or Ethereum, which capitalise on the distributed ledger technology known as blockchain and are inherently decentralised and unregulated.

CBDCs strive to combine the technological prowess of crypto, and bring the convenience of the regulated, reserve-backed money circulation of the traditional banking system to an ordinary citizen.

The dynamic progress in the public domain owes to the loss of control over the growth and influence of cryptocurrencies. The starting point can be traced back to Facebook’s 2019 plan to launch its own stable coin, Libra.

This was quickly met by an intense pushback from regulators and authorities, ranging from the European Data Protection Supervisor to China’s recent regulatory clampdown on payment channels and consumption data.The rise of cryptocurrencies unleashed a wave of unforeseen financial innovation in the public space. Regulators were quick to neutralise the perceived threat they pose to the institution of monetary sovereignty.

However the onset of the pandemic, with heightened appetite for e-commerce everywhere and greater demand for cashless payments, has provided added impetus for potential CBDC adoption and a means to reign in national monetary control.

One of the key challenges central banks could be faced with in the uptake of digital currencies is the disruptive impact they would have on traditional banking systems. Digital currencies open the gates for any tech company to become a de facto "bank" (wholesale CBDC) or even sidestep traditional commercial banking completely (retail CBDC). The latter case could yield an unwelcome macroeconomic consequence: if citizens shift a share of deposits to central banks to open e-euro accounts, commercial banks loose resources used to intermediate and finance growth via issuing loans.

This is especially peculiar in the eurozone, where capital markets are shallow and fragmented, and a large chunk of growth is financed via the banking system. Whole CBDC could, thus, be the preferred option that preserves the role of commercial banks as lenders.

Some of its (CBDC) features, such as the built-in programmability for transactions and smart contracts could be regulators’ biggest launchpad into the digital economy.

The second challenge concerns the data privacy realm, which makes policymakers and citizens alike wary. If the e-euro is to emulate cash, it should be anonymous. But if users open up e-euro accounts with central banks, the anonymity property will go amiss. Besides, leading voices have articulated doubts over purely token-based CBDCs (without identity), citing "big concerns around money laundering, the financing of terrorism and tax evasion".

In Europe – which has to-date showed the world the way on the data privacy regulation – privacy remains a top priority for citizens and finance professionals, as per the ECB public consultation on e-euro. The survey results make a case in point on the inherent tradeoff between CBDCs anonymity and operability. But demographics and geography may also play a role in a large scheme of things, whereby millennials and some regions, such as Asia, are less concerned about privacy issues in favour of convenience.

Then there is the debate on the benefit ‘greater currency internationalisation’, which includes having its currency vastly used by non-residents, through the adoption of its digital equivalent. But if all major central banks unfold their own digital currency representations, will it not be just a zero-sum-game in the global landscape?

In Europe, consistent incremental progress on the Capital Markets Union, and breakthroughs, such as risk mutualisation as a part of the new EU Generation Next pandemic rescue package, may do the internationalisation of the euro more justice than rolling out its digital equivalent.

Regulators’ launchpad into the digital economy

So if CBDCs would not likely provide the anonymity of cash, could severely disrupt the existing banking system, and would not help with currency "internationalisation", why are central banks going through the trouble of pursuing them, apart from the effort to keep up with digital transformation and protect their status of monetary authority?

Some of the features of CBDCs, such as the built-in programmability for transactions and smart contracts could be regulators’ biggest launchpad into the digital economy. Imagine a programmable policy support that targets, with precision, specific public services, or structural areas in the economy with timing cap, and with almost real-time feedback.

The same feature, however, makes innovations, such as reversibility of transactions or bank account balance expiration dates controversial. Even here, uneasy technological and ethical choices must be made to reap the benefits.

With the advent of CBDCs, fintech and money is having its own atom-splitting moment. But with key benefits for citizens and economies obscure, and key technology and privacy questions unresolved, it, for now, remains a bold attempt of central bankers to remain in the driver’s seat in an era of new ideas and possibilities.

About the authors: Oscar Sanz-Paris is Managing Principal at Castille Capital, Sona Muzikarova is a Chief Economist at GLOBSEC, a leading central European think-tank; Juraj Somora is cryptocurrency research lead at GLOBSEC.

Analysis: Creating an e-euro is how not to deal with cryptocurrencies