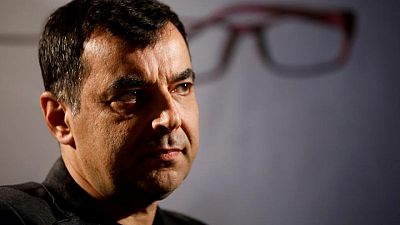 -Intel Corp unit Mobileye on Tuesday said it was testing self-driving vehicles in New York City, including the bustling Manhattan borough, in an effort to prove its technology can handle jaywalkers, construction zones and even horse carriages.

Mobileye Chief Executive Amnon Shashua said the company has begun testing camera-only vehicles in New York City in the past weeks. It is currently testing one car, with plans to add a second one later this year, a spokeswoman said.

“It’s really a huge headache to test here in New York City,” Shashua said at a news briefing, listing a range of driving challenges in the nation’s most populous city, including light pollution at night, aggressive driving, cars that are double parked and pedestrians ignoring traffic rules.

Shashua said the ability to navigate the city’s streets was a crucial step towards commercializing autonomous vehicles that can handle a range of driving environments.

Mobileye had received a testing permit from New York state after supplying officials with all the data from self-driving programs the company has previously launched in other cities, Shashua said.

The mayor’s office and the city’s transportation department did not immediately respond to a request for comment on Tuesday.

Mobileye on Tuesday shared a 40-minute unedited video of one of its vehicles driving down Park Avenue along the east side of Manhattan and through the Queens Midtown tunnel, showing a person in the driver’s seat with his hands on his lap, below the steering wheel. https://bit.ly/2UXJV4e