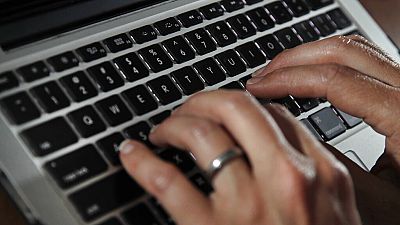 More than 600 politicians and officials, several heads of state and over 180 journalists were allegedly on the potential Pegasus surveillance list   -   Copyright  Elise Amendola/AP
By Euronews  •  Updated: 20/07/2021

The Paris prosecutor's office has launched an investigation into the alleged malicious use of Pegasus spyware to target reporters and dissidents.

The military-grade malware can infect phones and other devices, allowing the operator to access messages, photos and emails and control the device's microphone.

Although NSO Group says Pegasus was only intended for use by democratic states, information leaked to the Paris-based nonprofit Forbidden Stories and Amnesty International found it had been sold onto authoritarian regimes, with up to 50,000 mobile phone numbers on the target list.

Journalists working for The Associated Press, Reuters, CNN, The Wall Street Journal, Le Monde and The Financial Times were allegedly selected for potential surveillance by NSO clients. At least five Hungarian journalists are also thought to have been spied on.

In a statement issued on Tuesday, the French Ministry of Justice said the Paris prosecutor's office would probe a string of allegations including "fraudulent access", "fraudulent entry of data", "invasion of privacy", "interception, diversion, use and disclosure of correspondence" and "sale without authorization of a technical device aimed at capturing data".

The investigation has been entrusted to France's Central Office for Combating Technology-Related Crime of Information and Communication (OCLCTIC), an arm of the judicial police.