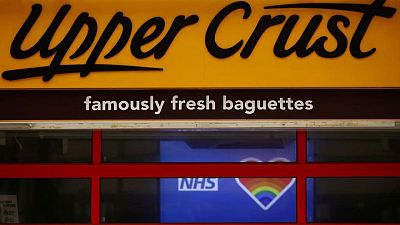 – SSP Chief Executive Simon Smith will step down at the end of 2021 after two years in the role to join a private equity-backed business, the snack food group said on Wednesday, sending its shares to the bottom of Britain’s midcap index.

Shares in the Upper Crust owner, which predicts it will take until 2024 for revenues to bounce back to pre-pandemic levels, fell as much as 5.4% in early trade as some analysts worried the surprise departure could hamper recovery efforts.

SSP‘s food stores are largely located in travel and transit points like airports, making them particularly susceptible to pandemic-related disruptions to travel.

SSP, which raised funds through a share sale in April to help weather the crisis, had slumped to a 182 million pound ($252 million) loss in the six months ended March but pointed to recovery as travel resumed after months of lockdown.

It said on Wednesday sales in the most recent week were at 42% of 2019 levels, compared with 30% at the beginning of June.

Smith joined SSP as head of its UK and Ireland region in 2014 and has been group CEO since 2019.

He led the integration of India’s Travel Food Services after SSP bought a 49% stake – its largest acquisition to date.

SSP did not name the company Smith will be joining, and he did not immediately respond to a request for comment via LinkedIn.

SSP shares, which have recovered this year after halving in value in 2020, have lost about 52% since Smith’s appointment in 2019, lagging a 21% gain in the UK midcap index over the period.