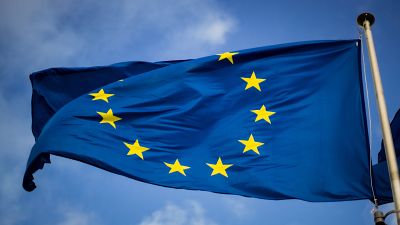 As a child, I was a fan of the books of Jan Terlouw.

I dreamt about the hero, Stach, who slew a dragon and escaped by jumping from the tallest church tower into a pile of pillows created by the cooperating townsfolk.

Today, I dream of a different kind of cooperation: EU-topia. A federal Europe where everyone has equal opportunities to realise their unique potential. Where we pursue the highest standards of human, social, environmental, and technological development together. A Europe that protects democracy and the rule of law.

Only Europeans that work together can overcome the challenges of the 21st century. That cooperation, however, is not yet possible because our European society is paralysed by the stranglehold of national politics.

The various measures that followed the COVID-19 crisis are exemplary of the Pavlovian reaction of nation-states in times of crisis: everyone for themselves. Instead of coordinating the response to a threat that by definition does not know borders, borders were closed unilaterally, export bans on medical goods were established, and European citizens had to deal with absurd variations in public health measures.

I hope that these times will make us realise that we have to look more internationally. The problems are becoming more global, while politics does not go along with that at all.

Although Europe has learned a lot in terms of fighting the pandemic in the last year, and there were some great examples of solidarity, later on, it reveals a pattern that was overly dominant in recent decades. When faced with complex challenges, nation-states think first and foremost of themselves.

Such was the case in the refugee crisis. Instead of replacing the existing inadequate European asylum policy with a system that would distribute the pressure among Member States, a number of EU countries closed their borders.

While some took responsibility, others refused out of xenophobia or a fear of losing votes. National politics dominates the solutions - or non-solutions - of international problems.

Jan Terlouw, who as well as writing children's adventure books is a former Dutch minister of economic affairs, put the problem aptly: "I hope (...) that these times will make us realise that we have to look more internationally. The problems are becoming more global, while politics does not go along with that at all".

Across Europe, history is taught in schools from a national perspective. Such a perspective focuses on 'our heroic nation’s past’ and forges an "us" versus "them" thinking that is incomplete and short-sighted. It does not teach that the nation-state is a relatively new construct, spurred on by the nationalism of the 19th and early 20th century.

But recent European history reveals a different story. After the catastrophe of the Second World War, European leaders realised that they had to work towards a transnational Europe, not only to secure peace within Europe but also for geopolitical reasons. The fall of the Iron Curtain brought independence for eastern European states eager to shelter under the umbrella of the EU.

Across the continent European integration served to protect the nation-states, and it did so very effectively.

By allowing for local differences, shaping common bonds through cooperation and common arenas for political debates, the EU and its predecessors achieved a prolonged phase of peace and prosperity. So it is actually the other way round: the nation-state exists by the grace of the European Union.

Nation-states alone have no future

Angela Merkel said when discussing the Franco-German proposal for a €500 billion EU recovery fund that the nation-state alone has no future, but, as shown repeatedly in recent years, there is no longer a shared idea about where Europe should go. European integration has stalled and the European Union is limping along.

Competences are divided and shared between the EU and nation-states in a way that utterly paralyses the European project. There is a European currency union, but no fiscal union and no European competence to levy taxes, leading to the accumulation of fiscal imbalances and inequality across member states.

The inconsequential nature of the EU makes Brussels an easy scapegoat and leads to irritation and misunderstanding. To move forward, however, Europe does not only need to be consequential in terms of fiscal integration and social policy, the EU needs a new story - a story of a pan-European democracy.

A pan-European democracy cannot exist without pan-European parties. The current set-up of the European Parliament is just as logical as a national democracy that only has local parties.

This is where Volt, a pan-European political party with members in every EU member state, comes in. Volt presented itself as a European party in the last European elections. Under the same name and with the same electoral programme, Volt participated in elections in eight EU countries.

Beyond the 'us and them" mentality

Volt's ambition is to participate in local, regional and national elections in Europe. We already have local representatives in Germany, Italy and Bulgaria, members of the national parliament in the Netherlands, and one seat in the European Parliament. Volt wants to go beyond the "us and them" mentality and the limited national perspective, to put the collective European well-being first.

The lack of a European perspective in the national debate often causes people to blindly follow their government's position within Europe. How often do Dutch people hear that, in the eyes of Italians, they are stealing their tax money?

Every time, the answer is: almost never. Yet today’s challenges have a European dimension that needs to be acknowledged in national discourse. The times where a Dutch Prime Minister says Italy is "geographically unlucky" to have to deal with the influx of refugees must come to an end.

De facto, Italy and the Netherlands along with all the other Member States of the EU share the responsibility of dealing with the challenges of the 21st century. That is why a European perspective in national debates is important.

When asked whether we are capable of change, Jan Terlouw, referring back to the comment that politics must become more global, replied:

"As a politician, I say that it remains to be seen whether politics will have the courage to seize the opportunity."

The greatest changes take place in the context of crises. The world is getting smaller, the problems are cross-border and the solutions must be sought together, in Europe and beyond.

National politics is a dead end. We need more European parties. Therefore, my appeal to the reader is to join or start a pan-European party, or encourage your political party to truly merge with like minded parties in other countries.

A political European space needs a variety of European parties representing all visions and ideas for a common European democracy that are present in our societies, let it be socioliberal, conservative, more leftist, or ecologist visions.

Only then can we free ourselves from the stranglehold of national politics. Only then can we say goodbye to the flaws in the current EU that gives ammunition to the - sometimes very justified - criticism of Eurosceptics. Only then, we can find in true democratic competition the right solutions for the challenges on our continent.

I am sure there are countless obstacles. A thousand reasons not to do it, but things always seem impossible until they're done.

Do you, like Stach on the edge of the tallest church tower, have the courage to take the plunge?

Authenticity and openness are key leadership skills at Mercedes-Benz

Analysis: Creating an e-euro is how not to deal with cryptocurrencies