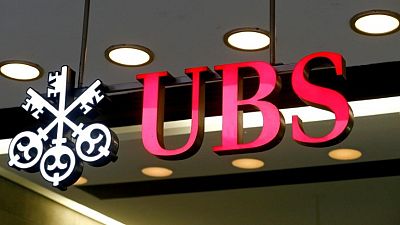 LONDON – UBS and German asset manager DWS are pressing ahead with final bids for the asset management arm of NN Group after Europe’s biggest insurers pulled out of the auction, three sources familiar with the deal told Reuters.

Prudential Financial Inc and U.S. asset manager Nuveen are also interested in bidding for the unit – known as NN Investment Partners – and are carrying out due diligence ahead of a binding bid deadline of early July, two of the sources said, speaking on condition of anonymity.

The sale comes after NN Group announced in April a strategic review of the business, which manages about 300 billion euros, citing a broad range of options including a merger deal.

Amsterdam-listed NN is looking to raise between 1.4 and 1.6 billion euros ($1.9 billion) from the deal, the sources said, which would boost its ability to expand overseas after missing out on a deal to buy Aviva’s insurance business in Poland in March.

A spokesman for NN declined to comment saying the insurer would update markets on the sale process “when and if appropriate.”

UBS, Prudential Financial and DWS declined to comment, while Nuveen was not immediately available.

NN, led by boss David Knibbe, held meetings with the various bidders earlier this week as it wanted to assess their ability to develop the unit in areas including infrastructure, real estate, private equity and alternative investments, one of the sources said.

The insurer, in which activist investor Elliott Management Corp owns a stake, aims to clinch a deal by Aug. 12 when its half year earnings are due, this source said.

The hedge fund, led by billionaire Paul Singer, unveiled a 3.04% stake in NN last year but cut it below 3% in March, according to a Dutch regulatory filing.

Other bidders for NN Investment Partners including insurance heavyweights Allianz and Assicurazioni Generali as well as Britain’s largest mutual insurer, The Royal London Group, have all dropped out, the sources said.

For UBS, which was widely seen as a suitor for DWS in 2019, the deal would help sustain its trading volumes which spiked during the pandemic, triggering a surge in revenue.

But the Swiss lender is now facing competition from DWS – which seeks scale in Europe to better compete with France’s Amundi – and from U.S. asset managers which are looking to bulk up their operations overseas, the sources said.

“We are now in the right phase to think actively on M&A,” DWSCEO Asoka Woehrmann said at an investor conference last week.