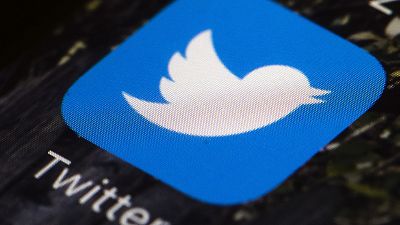 Access to Twitter was restricted in Nigeria, a day after the government announced the suspension of the social network's activities in Africa's most populous country.

It came after the company deleted a tweet from Nigeria's president, Muhammadu Buhari.

Netblocks in London said on Saturday that it has found that access to Twitter and its servers was restricted on networks of the main operators.

The Association of Licensed Telecommunications Operators of Nigeria (Alton) also confirmed in a statement that its members had received instructions from internet regulators in the country to suspend access to Twitter and "have complied".

Another association of local operators, Atcon, said it was working with the Nigerian authorities to "come up with a quick solution to this suspension".

"The Association and its member companies understand the position of the Federal (Nigerian) government and the reasons for this decision, which they have complied with, but it is important that this issue be resolved quickly for the benefit of all," said Atcon chairman Ikechukwu Nnamani.

The Nigerian Ministry of Information and Culture announced on Friday evening that the government had indefinitely suspended the social network.

The Nigerian government's announcement on the suspension of Twitter activities in Nigeria is very worrying.

The announcement cited "the persistent use of the platform for activities that are capable of undermining Nigeria’s corporate existence."

On Wednesday, Twitter had deleted a message from President Buhari threatening those responsible for violence in southeastern Nigeria. The social network said that the head of state was breaking its rules of use.

"The Nigerian government's announcement on the suspension of Twitter activities in Nigeria is very worrying," the company responded on Friday evening.

Amnesty International condemned this "illegal suspension" of Twitter and Human Rights Watch (HRW) denounced an "attempt to censor the protest".

The social network is very popular in Nigeria, where the median age of the population is 18.

It plays an important role in the public debate, with hashtags having a big resonance, like #BringBackOurGirls, which went viral during the kidnapping of 276 schoolgirls by the Islamists of Boko Haram.

In November 2019, the Nigerian government tightened measures to regulate the media and fight against disinformation on social networks, a stance perceived by civil society as a restriction on freedom of expression.