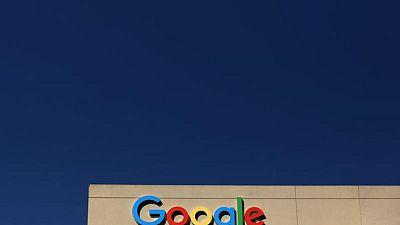 <p><body> <p><span class="caps">MILAN</span> (Reuters) – Italy’s competition regulator has fined Google 102 million euros ($123 million) for excluding an e-mobility app developed by Enel from the U.S. tech giant’s Android system.</p> <p>For more than two years, Google has not allowed Enel’s JuicePass to operate on Android Auto – a system that allows apps to be used safely in cars – unfairly curtailing its use while favouring Google Maps, the regulator said on Thursday.</p> <p>“The contested behaviour can influence the development of e-mobility in a crucial phase … with possible negative spill-over effects on the growth of electric vehicles (EV),” it said.</p> <p>In a statement announcing the fine for abuse of a dominant position, the regulator asked Google to make JuicePass available on Android Auto. </p> <p>JuicePass is owned by Enel’s “e-solutions” subsidiary Enel X, which brought the case against Google. The app offers users services for finding and booking EV charging stations on maps and viewing details.</p> <p>Google “respectfully disagrees” with the antitrust regulator’s decision and will examine the documents to decide its next steps, a spokesman for Google in Italy said. </p> <p>Google’s priority for Android Auto is to ensure safety while driving, with stringent guidelines on which apps it supports, he said.</p> <p>“There are thousands of apps compatible with Android Auto, and our goal is to enable even more developers to make their apps available over time,” the spokesman said.</p> <p>The regulator said the U.S. giant had a dominant position that allows it to control the access of app developers to final users through Android and its app store Google Play.</p> <p>Enel acknowledged the decision, saying it was an important enabling factor for the growth of electric mobility in Italy.</p> <p>“In accordance with this decision, a level playing field with Google apps will be granted for Enel X’s app, JuicePass, and in general for all recharging app developers,” it said.</p> <p>($1 = 0.8264 euros)</p> <p/> <p> (Reporting by Maria Pia Quaglia and Elvira Pollina; Additional reporting by Stephen Jewkes; Editing by Giulia Segreti and David Clarke)</p> </body></p>