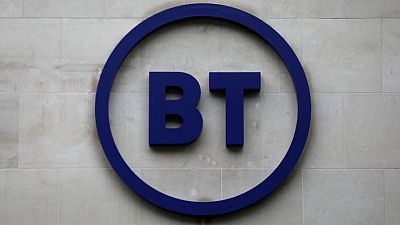 <p><body> <p>By Paul Sandle</p> <p><span class="caps">LONDON</span> (Reuters) -BT will take fast broadband fibre to 25 million homes and businesses by the end of 2026, it said on Thursday, after changes in tax and regulation and a new deal on its pension deficit enabled it to raise its target by 5 million premises.</p> <p>Chief Executive Philip Jansen said he was seeking partners to help fund the 15 billion pounds ($21 billion) of investment needed for the rollout. </p> <p>“After years of decline for BT the future is now one of growth,” he told reporters. “We’ve got BT back on the front foot, and we’re now focusing BT on building further and faster to deliver even more for our customers and shareholders.”</p> <p>The government has prioritised faster broadband to drive Britain’s economic recovery.</p> <p>Prime Minster Boris Johnson said: “Fantastic that BT are rolling out lightning-fast broadband to even more homes.”</p> <p><span class="caps">APPETITE</span> <span class="caps">FOR</span> <span class="caps">INVESTMENT</span></p> <p>“There’s so much appetite for investing in this kind of infrastructure,” Jansen said, adding that any partnership would focus on the additional 5 million premises, including 1.5 million in rural locations, rather than on selling a stake in networks business Openreach.</p> <p>As well as seeking a partner in fibre, BT is in talks about selling a stake in BT Sport, a move that could relieve the pressure of buying expensive rights.</p> <p>A big short-term risk facing BT Sport was removed on Thursday when the Premier League agreed to renew current rights for three years.</p> <p>Jansen said it was too early to call the outcome of talks. </p> <p>“It’s very possible we make no changes at all, because BT Sport now has a very clear profile and we’re happy with it,” he said. “It’s possible that we do some sort of partnership or joint venture, and of course it is possible that we don’t end up with BT Sport.” </p> <p>Broadcasters and online streamers such as <span class="caps">ITV</span>, <span class="caps">DAZN</span> and Disney could be interested, sources have said.</p> <p>Shares in BT, which reached a 12 month high of 172 pence on Friday, were trading down 3.8% at 162 pence in morning deals. </p> <p>BT set its new fibre target after it reported a 7% fall in revenue and a 6% fall in adjusted earnings for the year to end-March, reflecting the impact of <span class="caps">COVID</span>-19 on its consumer and enterprise units, despite soaring demand for fast broadband.</p> <p>Revenue fell 7% to 21.33 billion pounds ($30 billion), just shy of analysts forecasts, while adjusted earnings dropped 6% to 7.42 billion pounds.</p> <p>It said adjusted revenue would be broadly flat this year, while earnings would be between 7.5 billion and 7.7 billion pounds. </p> <p>BT said it had struck a new deal for its pension, which at 7.98 billion pounds is one of the biggest in the country. </p> <p>Some 2 billion pounds of deficit will be met through an asset backed arrangement secured against its EE mobile business, while the balance will be met over 10 years, starting with an annual cash contribution of 900 million pounds. </p> <p>($1 = 0.7124 pounds)</p> <p> (Editing by Guy Faulconbridge and Elaine Hardcastle)</p> </body></p>