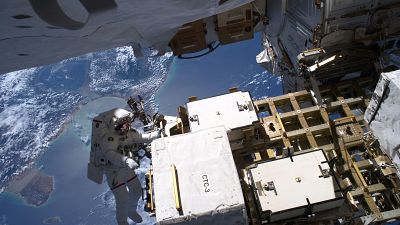 Astronauts are trained to handle dangerous situations and are prepared for emergencies that could occur in outer space.

The astronaut was responding to one of your questions submitted on social media: "What is the biggest and most terrifying thing astronauts fear about being in space?"

"There is always the possibility that we could depressurise or that a hole could be punctured by a micrometeoroid or something and we could leak our atmosphere overboard," Morgan said, adding that they train for that regularly. But he said astronauts don't think about that on a daily basis.

"We know that our line of work is dangerous and we train for that and we're prepared for that," he said.

Instead, Parmitano and Morgan said they're focused on making sure they don't embarrass their space agencies and countries. They just want to do their job effectively.

"The only fear that we have is the unknown," Parmitano added. "So the things that we are ready for, that we are prepared for, don't scare us."

Watch the full report from the International Space Station in the video player above.