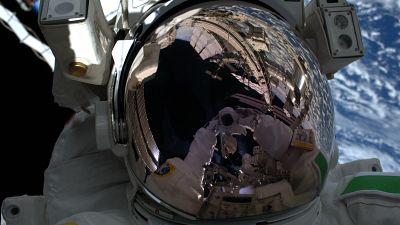 Parmitano has been answering some of your questions since joining the International Space Station (ISS) in July 2019.

They ranged from the sublime – Juliette, aged 10, asked which of your five senses do you use the most in space – to the potentially explosive: “How do you fart in space?”

"What do you think of future "settling" expeditions? Should we focus on returning to the Moon? On building a new station to carry out serious experiments or should we aim for Mars?"

"I honestly think that one does not exclude the other. For me, going to the Moon seems to be the immediate and almost necessary step to then take us to Mars," Parmitano said from the ISS, adding: "We've set foot on the Moon in six different places but didn't really explore."

How heavy is a distant neutron star? Scientists think they know