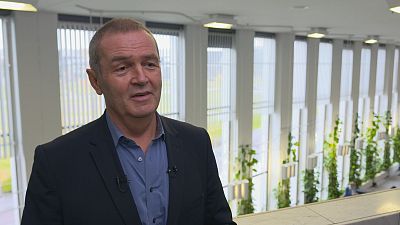 On 1 February 2019, the Economic Partnership Agreement (EPA) between the EU and Japan came into force. It is the biggest trade deal that the EU has signed to date and represents nearly 30% of global GDP and 40% of global trade. It is also the largest open-trade zone in the world, covering 600 million people.

To make industry and trade relationships between the EU and Japan easier, bilateral dialogues and joint initiatives have been established, including the EU-Japan Centre for Industrial Cooperation, which promotes all forms of industrial, trade and investment cooperation between the two regions.

Euronews spoke to Philippe de Taxis du Poët, the General Manager of the EU-Japan Centre for Industrial Cooperation, to find out what support is available to SMEs trying to export to the Japanese market.

To watch the full interview, click on the player above.

Philippe de Taxis du Poët, EU-Japan Centre for Industrial Cooperation, General Manager: "The EU Japan Centre for Industrial Cooperation is a joint initiative by the European Commission and the Japanese Ministry of Economy, Trade and Industry ( MITI) which has been launched in 1987, 32 years ago. And what we do is promote cooperation in terms of industry, trade, investment, research and innovation, people mobility. We cover all topics from artificial intelligence, to nanotechnology and the circular economy. And what has been built over these 32 years of existence is very important for dealing with Japan and that is trust and this is what is a solid foundation for our future activities."

Paul Hackett: "And in terms of doing business, how has the new economic partnership between the EU and Japan changed things, particularly for SMEs?"

Philippe de Taxis du Poët: "It makes things easier for EU exporters, including the European SME's. They have easier access to the Japanese market. For the food sector, where there are many SME's involved, this is a very important agreement. There is also, in terms of public procurement, of the opening up of this huge market in Japan, in terms of services too. The challenge for European businesses is, of course, to be well aware of the agreement, to know how to use it. They have things to do. And if they don't, they don't benefit from the agreement. So that's why the centre has put in place an EPA helpdesk to guide and inform them."

Paul Hackett: "The Japanese market is often seen as challenging due to the specific features of Japanese society and the economy, what are the main challenges faced by firms and how can you help them?"

Philippe de Taxis du Poët: "Accessing the Japanese market is not easy, and I would say there are two main challenges - sometimes (it's) a bit underestimated by the European businesses - and that's why we have put in place a number of webinars, or workshops, in Europe to prepare the ground for EU exporters to Japan. The first challenge is that it will take time. It will take a long time to make a deal. So it's a question of years, not weeks or months. The second challenge is that even before talking about business, it's important to build a relationship, a human relationship with people in Japan, build trust. And it's only afterwards that you can talk business in a serious way."

Philippe de Taxis du Poët, EU-Japan Centre for Industrial Cooperation, General Manager: "You can be in touch with the office in Tokyo or the office in Brussels. If you are in Europe it's sometimes easier to be in touch with our colleagues in Brussels. We have, of course, a presence on the internet with a website with a number of newsletters, the social networks. And last but not least, we are fully working together with the member states regions and clusters, the Enterprise Europe Network and the Member States Trade Promotion Organisations, so we are actually closely working together, so that we provide the necessary help and service and information that SMEs need."

EYE exchange: getting the vision you need to start and run your own business

What exactly is Erasmus for Young Entrepreneurs?

Why is protecting your IP a key to business success?