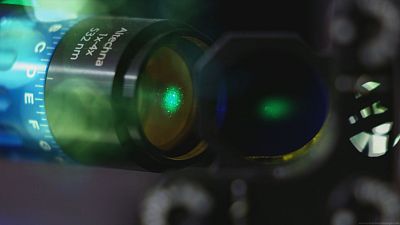 Business Planet focuses on the world’s biggest bilateral trade deal between the EU and Japan and asks how small European firms can maximise the business opportunities.

Dubbed the cars-for-cheese trade deal, due to the commercial opportunities for Japanese carmakers and European farmers, the EU-Japan Economic Partnership Agreement (EPA) slashes duties on both Japanese and European imports respectively. In force since February this year, the deal’s headline figures are huge - nearly 30 percent of global GDP, 40 percent of global trade and the largest open-trade zone in the world, covering 600 million people - but what does it mean for European exporters, particularly SMEs, and how can small and medium-sized firms get the most out of it?

From precision medicine and computer mapping to DVD players and defence systems, lasers are now used in a wide variety of applications. Altechna is a specialist in the field. The Lithuanian SME makes laser optics and coatings - tools that can transmit and manipulate laser light. Based in the capital Vilnius, the company has a worldwide customer base. That includes Japan, which has become a major market for the firm.

"Japan was the market for us. It’s a global innovation centre putting a strong emphasis on cutting edge technologies," explains Andrius Šlekys, Head of Business Development at Altechna.

He adds, “We felt it was the right place to offer our laser-based solutions. However, breaking into the Japanese market was not straightforward and we needed some help.”

In order to understand the country’s business culture better, employees from Altechna took part in several programmes run by the EU-Japan Centre for Industrial Cooperation, including business missions to Japan. This not only allowed the participants to get a glimpse of Japanese business life, but it also enabled the firm to forge new long-term commercial relationships, and crucially, increase sales.

"The (EU-Japan) Centre gave clear training on how to approach local culture, as well as how to work on long-term projects with Japanese customers. This allowed us to get direct business relationships with our target clients. And that was great because we never felt we were on our own," says Šlekys.

Jointly financed and managed by the European Commission and Japan, the EU-Japan Centre for Industrial Cooperation actively promotes all forms of bilateral trade, investment and industrial cooperation between both regions.

Tapping into the new trade deal

It is estimated the new Economic Partnership Agreement with Japan will slash duties for European exporters by about €1billion a year and could boost European exports from between 16 to 24 percent over the next 10 to 15 years.

In spite of those impressive figures, the man in charge of the EU-Japan Centre for Industrial Cooperation says SMEs still need to know what they are doing with regard to the Japanese market if they are to take full advantage of the deal.

"There is already a huge amount of trade between Europe and Japan. Many European SMEs are exporting to Japan. The EPA will certainly provide easier access to the Japanese market, but in order for SMEs to take advantage of this agreement they need to be well-informed, they need to be guided. This is the objective of the EPA helpdesk that we have put in place," explains Philippe de Taxis du Poët, the General Manager of The EU-Japan Centre for Industrial Cooperation.

In addition to the EPA helpdesk, the EU-Japan Centre for Industrial Cooperation says it is offering companies support in Japan related to tech transfer, intellectual property, as well as cooperation between regions and clusters.

Philippe de Taxis du Poët is the General Manager of The EU-Japan Centre for Industrial Cooperation. Business Planet spoke to him to find out what the centre is doing to help SMEs with regard to the recently agreed EU-Japan trade agreement.

What is the EU Japan Centre for Industrial Cooperation?

"The EU Japan Centre for Industrial Cooperation is a joint initiative by the European Commission and the Japanese Ministry of Economy, Trade and Industry (METI) which has been launched in 1987, 32 years ago. What we do is promote cooperation in terms of industry, trade, investment, research and innovation. We cover all topics from artificial intelligence, to nanotechnology and the circular economy."

How has the EPA between the EU and Japan changed things in terms of doing business, particularly for SMEs?

"It makes things easier for EU exporters, including European SMEs. They have easier access to the Japanese market. The challenge for European business is, of course, to be well aware of the agreement, to know how to use it. They have things to do. And if they don't, they don't benefit from the agreement. So that's why the centre has put in place an EPA helpdesk to guide and inform them."

What are the main challenges faced by small European firms and how can you help?

"Accessing the Japanese market is not easy, and I would say there are two main challenges - sometimes underestimated by European businesses - and that's why we have put in place a number of webinars, or workshops, in Europe to prepare the ground for EU exporters to Japan. The first challenge is that it will take time. It will take a long time to make a deal. So it's a question of years, not weeks or months. The second challenge is that even before talking about business, it's important to build a relationship, a human relationship with people in Japan, build trust. And it's only afterwards that you can talk business in a serious way."

What exactly is Erasmus for Young Entrepreneurs?

Risky business: how to keep your intellectual property safe

Thinking outside the toy box: how to give new life to old playthings