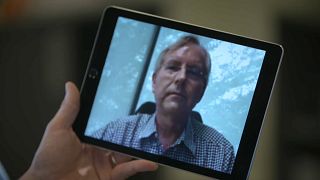 Euronews' Science Editor Jeremy Wilks, in the latest edition of Ask Space, where scientists are invited to respond to questions from the general public via the hashtag #AskSpace, set up a video link with one of the world's leading authorities on climate science, Professor Erland Källén from Sweden, who is the director of the Centre for Climate Research in Singapore.

One question, from Hans Dekker, stood out for its apocalyptic tone. He asked "Will this planet become as hot as hell?"

"Well it's an interesting question. We know that this year many regions of the northern hemisphere have had a very hot summer. On a global scale we also know that over the last 20 years, actually 18 of these years have been the hottest on record. We know that the increase in global temperatures that we have seen over the past century actually are directly linked to human activities.

"OK, well I'm here in northern Norway, and this year they had temperatures well over 30 degrees in the daytime, over 20 degrees in the night-time. Could it get hotter than that?"

​"Well the climate simulations that we have done have shown that yes, we could actually have a climate also in the Nordic countries which comes close to central European climates. Stockholm could have the climate of Paris in 50 to 100 years from now. So there is an increased risk of hotter summers, but exactly how hot it will get and when is still very, very uncertain."

"Professor Källén, thanks very much for joining us on #AskSpace.

​You can ask your questions about the universe using the #AskSpace hashtag and we'll try to answer them, and you can follow other space news, on Euronews.com."