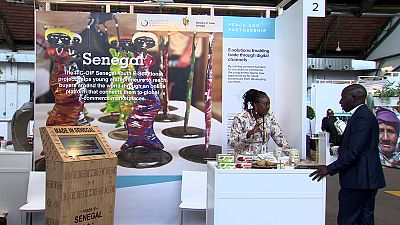 Job creation was the focus of the EU-Africa Business Forum which took place in Brussels in June.

Representatives from government, business and civil society gathered together to look at, amongst other things, the European Commission’s External Investment Plan. The plan identifies ways for the private sector to contribute towards the 2030 Sustainable Development Goals.

“The External Investment Plan foresees three pillars. One is the investment by de-risking investment to go into different areas and create jobs. The second one is technical assistance, that can go to the preparation of the business environment, making more environmentally friendly for the investments. In the third pillar we do engage in the political dialogue, which entails into human rights, dimension of good governance, fight against corruption.”

The African Union is one of its main partners, and welcomes this approach.

“To be able to bridge the financial gap and technical gap in infrastructure in Africa, we need all stakeholders and definitely public-private partnership, private involvement is key to this kind of efforts.”

For the private sector, the EU’s financial guarantees offer an important protection to counteract the risk of working in fragile economies.

European employers have seen in this approach the possibility of developing a longer term strategy towards Africa.

“Working with business people, with SMEs (smalll and medium enterprises) especially, is a keystone of an interesting program that we have to develop between Europe and Africa. When you create profits you can invest, invest in your people, invest in the training of your people, you can develop a sustainable company, a long lasting company.”

The Forum was held as part of a week of “European Development Days”, allowing contacts to be made and ideas generated in time for the next Africa-European Union summit, to be held in November.

Ivory Coast will host the event and its vice-President has been busy setting the agenda with his European counterparts. For Daniel Kablan Duncan, both international and local entrepreneurship need a boost:

“We’d like to see private sector investment at home because public aid is drying up. Let’s say that we need to create a favourable business environment so that a number of new companies will be set up, working with those that are already on the ground. We need this not only to create jobs, but also to transfer know-how from developed to developing countries.”

Education and digitalization are key to creating jobs within the modern economic framework.

Entrepreneur Rebecca Stromeyer, founder of eLearning Africa, says that human capital should also be valued in this approach:

“Africa is resources rich, but resources are also people. If you have a well educated population, who’ve got the skills, you’ve got it made. I think that what is very, very important is for the governments to look at the infrastructure and to make sure that everyone has access to the Internet, it is a human right, and that the costs are low and that it is accessible.”

“Africa has the highest, the biggest potential of renewable energy but, at the same time, it has the lowest access to energy. So there is there an opportunity to bridge the gap and to make a significant contribution to sustainable development as well as climate change.”

Such discussions are fundamental to the future of Africa, where the working-age population is expected to grow by nearly 70% between 2015 and 2035.