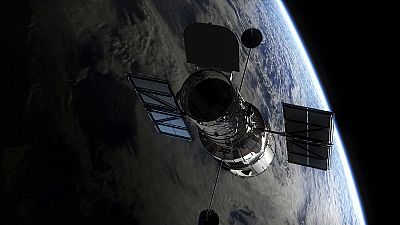 The Hubble Space Telescope is the world’s most famous astronomical instrument, the space telescope that has opened our eyes to the universe. Here are five reasons why we’ve chosen Hubble as one of our Legends of Space series, celebrating 60 years since the launch of Sputnik.

The Hubble Space Telescope allowed huge advances in cosmology, the study of the universe on the grandest scales. With Hubble astronomers worked out that the universe is about 13.7 billion years old, that it’s expanding faster than expected, and that galaxies formed earlier in the history of the universe than predicted. Hubble’s sensitivity, highlighted by its Deep Field views, have allowed us to look at objects 12 billion light years away. Its achievements have been truly ground-breaking in science.

2 – Hubble made our jaws drop

Every space fan has their favourite Hubble image, be it a soaring nebula, an Earth-like exoplanet, or the thought-provoking Ultra Deep Field. Hubble images have graced the covers of magazines, been broadcast on the nightly news, and adorned bedroom walls across the world. We all see the universe differently thanks to the Hubble Space Telescope. Its successor, the James Webb Space Telescope, may well be able to see even further back to the very earliest galaxies, but the prize for ‘most awesome space images’ will likely remain with Hubble for many decades to come.

3 – Hubble couldn’t see well at first, but was fixed by astronauts

When Hubble was first launched by NASA and ESA the images it send back were nowhere near as sharp as scientists had promised. So astronauts were sent on the Shuttle to pluck it out of its orbit and fix its wonky vision. Hubble is the first space telescope to be designed with in-orbit updates in mind, and after that first fix-it job in 1993 it was repaired, updated and serviced a further four times, the last in 2009. This ability to be updated has allowed it to stay relevant and useful to astronomers since it first went into operation in May 1990.

4 – Hubble is a proven exoplanet hunter

Hubble’s instruments have been pushed to the max during its lifetime, especially by exoplanet hunters. While other telescopes on the ground are often used to spot planets around other stars, Hubble’s uniquely clear view across space means it has detected the farthest exoplanets found so far, and captured the first visible light image of a planet around another star. In 2008, Hubble was used by Euronews Space contributor and UCL astronomer Giovanna Tinetti to make the first detection of water and methane in the atmosphere of an exoplanet.

5 – Hubble is an incredible technical achievement

Hubble is as steady as a rock. Flying at an altitude of 547 kilometres above Earth, it is able to lock onto a target – a star or galaxy in a certain patch of the sky – and stay fixed on that spot without deviating more than 7/1000th of an arcsecond. What’s more, the digital processing behind the extraordinary images from Hubble is a great achievement, as the telescope’s cameras capture photos in grey-scale, so astronomers take different exposures with red, blue and green filters to capture the wavelengths and create a composite image.