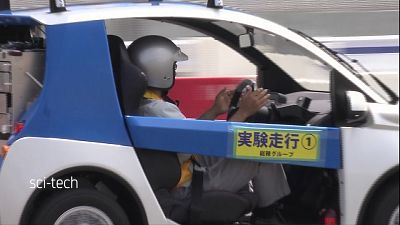 As part of its shift from home electronics to cars, Japanese giant Panasonic has been testing its new experimental self-driving vehicle.

The two-seater compact car is equipped with five cameras and sensory devices to identify surrounding objects. The aim is to check whether the cameras accurately recognise the surroundings, and whether the steering wheel and brakes react properly to the information collected by the cameras.

The company intends to exploit its expertise in cameras and cockpit displays to gain a foothold in the fast-growing market for autonomous-drive cars. According to Panasonic’s Susumu Iraraki, head of the automotive business development center, “this is a business opportunity for our company. The auto industry is becoming increasingly dependent on technologies in the electronics sector.”

Panasonic is forecasting that revenues from self-driving technology will increase by more than 150 percent over the next couple of years.

Nearly entirely operated by robots, the three-storey building can hold up to 200 cars, and replaces a car park that previously had space for 66 vehicles. The idea is to build upwards and replace traditional garages, which use up too much space.

This is how it works: the driver parks his car in one of four ground-level entry bays and grabs a ticket. A series of lifts and rolling dollies move the car into a free spot. When it’s time to go, the parking ticket tells the garage where to find the car, which is brought back down.