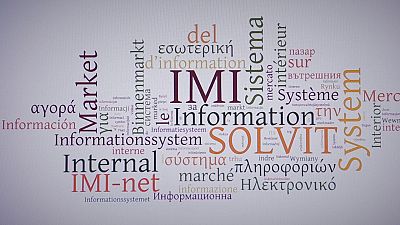 SOLVIT is a European problem-solving tool that can help entrepreneurs and citizens assert their rights in problem situations arising from incorrect applications of EU legislation.

Lena Nordquist, the service’s coordinator in Sweden, says it can help in a wide range of ways where authorities are not adhering to their obligations under EU law: “SOLVIT is a free problem solving tool for the internal market, that can help businesses and citizens when they encounter cross border problems caused by public authorities that are not acting in line with EU law… It’s an informal function which means that we try to find solutions in dialogue with the authorities concerned.”

One such company to have successfully availed of SOLVIT is True Heading AB. This Swedish application for marine navigation is one of the most downloaded in Europe. It works with digital maps which, as required by European law, they must get from the various official European sources.

However, in practice, some countries such as Poland have declined to make the data available. To resolve the situation, the company turned to its own contacts, but without success, as founder Anders Bergström explains: “Despite all our efforts, we did not succeed. So we contacted SOLVIT, as we understood, they had the power, the network to solve the case for us. And finally they did it!”

Within weeks, SOLVIT teams had opened access to the data; a timely boost for marketing the app which today has some 65,000 users.

“It really helped us to boost the commercialisation process, says Bergström. And getting this data was important for us. Since today, Seepilot represents half of our turnover.”

His collaboration with SOLVIT isn’t over as Anders also has problems accessing Portuguese, Spanish and Greek data.

Do you face obstacles because a public authority isn't doing what is required under EU law? SOLVIT can help! http://t.co/P5QLtPziTh

Playing by the rules

True Heading’s case is just one example of SOLVIT’s work; there are several other areas, though with certain limitations:

It can also be for :cases on professional qualification, product requirements, VAT refunds. But, what we cannot do is to handle a conflict between companies,” says Lena Nordquist. “It has to be a complaint against a public authority, it has to have a cross-border element, and it has to concern EU law.”

SOLVIT is easily accessible for potential users: “Just go to our website and register on line, says Nordquist. “All you have to include are the facts of the case and any relevant documentation…You can use your own language. And if your case is ‘solvitable’, we will try to find a solution within ten weeks.”