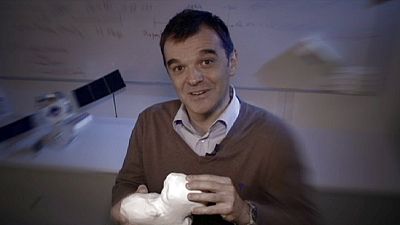 The Comet Hunters are getting ready for the most dramatic moment in the Rosetta mission, as the Philae lander is released from the mothership and aims to touch down on the surface of comet 67/P.

At the European Space Operations Centre in Germany the team spend their time running through simulations of the landing, seeking out errors and planning for every eventuality as the 12th November operation approaches.

All year we have been following the mission on Euronews, and Rosetta Flight Director gave us an update: “The workload on our side is significant, we are trying to cover every single case we can conceive to cover, all the possible failures that we can imagine, and be prepared to face them,” he says.

“Now we are in the close observation phase, and slowly and gradually we have started orbiting the comet at lower altitudes,” Accomazzo explains. “Of course it can happen that at any time the comet becomes very active, and pushes the spacecraft completely away from its trajectory, but this we cannot predict.”

Nobody really knows what the surface of the comet will be like. It’s hard to tell if it is as soft as ash or as hard as ice. For the operations team, the former is better than the latter: “The softer the surface is the more likely it is for the lander to have a soft landing, and have higher chances not to flip over.”

“There are definitely areas on the surface of the comet, for example we see in the crater or areas, where the surface is extremely smooth, from the images that we are haveing now. 05.04 So most likely it’s dust that is deposited after having been released by the comet.”

So what is Andrea’s message to Rosetta? “Ciao Rosetta. In a few weeks the top time of your life is coming. Make sure you get ready. We’re doing our best to prepare you for this operation. When the baby goes, don’t shake too much. Be reassured that it will gently touch down here on the comet. Let it go, it’s the time now to let it go. Ciao, all the best.”

IXV: Facing the Challenge of Re-entry