Thousands of Polish women have protested against the politics of the populist right-wing government in Warsaw. Fundamental European values are under threat in the country.That includes the rule of law and the freedom of the press.

That’s the view of one journalist from a leading liberal left-wing newspaper which defends pro-European viewpoints.

“I am worried about my freedom as a journalist. Recently journalists were thrown out of the Polish Parliament, the access was partly restricted for us. It becomes more difficult to do our job. Press freedom is limited now. I don’t know what will happen next, if it will become even worse. We are worried about our future,” Alicja Bobrowicz from Gazeta Wyborcza told euronews.

The massive protests were on the front page of the other opposition papers, but were not as prominent and their impact played down by the media supporting the ruling right wingers. 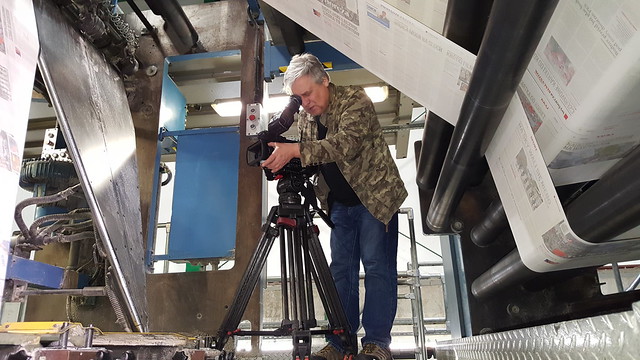 “Polish society is split. What are the reasons for that? Let’s search for answers,” reported euronews correspondent Hans Von der Brelie from Warsaw.

Will pro-government forces take over control of private media too? The government plans to limit foreign capital participation. The strategy is called “re-polonisation”. Ahead of upcoming local elections this could reshuffle the ownership of local media.

The president of the Polish Journalist Association, a manager of a right-wing radio station defends the draft law.

“When Poland joined the free market after the fall of communism, it did so as a poor nation. Therefore we got no or just a tiny share from the benefits although we worked hard, during those previous 27 years.

‘The plan of Finance Minister Morawiecki is going to change that, which is the central idea behind the limitations on foreign capital and the re-polonisation of the media,” explained Krzysztof Skowronski, President, Polish Journalists Association.

But the Polish-owned private media is under attack too. A new law could break up the multi-media group “Agora”. Gazeta Wyborcza is part of it. The planned legislation could put at risk its economic viability.

On the top of that, public institutions have removed funding from the daily and it has reduced staff numbers. Almost 200 have left.

The deputy editor-in-chief criticised the government for endangering the success-story of Poland’s pro-European transformation process.

“All the changes of these last years of transformation are perceived by this government as a conspiracy of the elite of the post Solidarity and communist eras.

‘Gazeta Wyborcza – a symbol of this change has been directly targeted. The government and all state-owned companies have stopped advertising in Gazeta Wyborcza. We are the target of this government’s hatred,” opined Jaroslaw Kurski, Deputy Editor-in-Chief, Gazeta Wyborcza.

Russia, Turkey, Hungary, Poland: all share similarities when it comes to a crackdown on press freedom. The private media faces economic pressures, for public media pressure comes through direct control.

“The government fired 250 journalists from the public media, just like that. We haven’t had a purge like it since martial law. That is the return of the propaganda from the time of the communists but in reverse. The populist government doesn’t tolerate the slightest criticism,” added Jaroslaw Kurski.

When Poland joined the European Union in 2004, it entered an economic growth path. But the right-wing populists gathered support by telling an alternative story about “Poland in ruins”, populated by economic losers. Let’s do some fact-checking in Krepa, a tiny village and home to Sylvester. 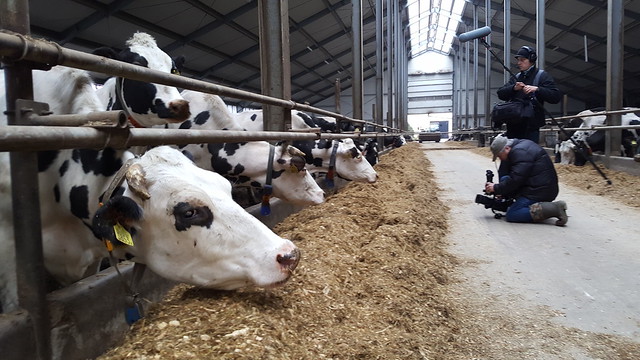 When he took over from his grandfather, 20 years ago, his was a small-scale dairy-farm, typical for rural Poland in the ’90s.

“Sylvester started with eight cows. Today he owns 500. So how did he manage to build up his stock?” asked euronews correspondent Hans Von der Brelie.

Sylvester is a man of courage. Seeing upcoming EU-membership, he decided to modernise.

Before joining the European Union, many Poles were afraid that the country’s agriculture with mostly small-scaled family farms would collapse. Not so Sylvester. And he was right.

“Actually, those fears were unfounded. Whether small or medium sized farms – thanks to EU-financed rural development and farm modernisation schemes, those farmers who wanted to develop got the chance to do so,” Sylvester Imiolek pointed out.

The milk is transformed to powder and sold around the globe China, New-Zealand, South-Africa. Sylvester knows EU trade agreements enable him to enter markets abroad.

“When I was a young farmer, all those European Union support programmes were really great for me. They enabled me to go further, to grow and to make my professional dream become true. I used all of those European funding schemes I was entitled to, every single one,” he added.

Solidarity – that’s one of the key principles of the European Union. Poland is by far the biggest recipient of EU funds, receiving three times the amount it contributes.

Back to Warsaw and an appointment with the president of a leading Polish think tank, the Institute of Public Affairs.

His research shows Poles trust the European Parliament and Commission more than Polish institutions. Poles still like the EU. It’s a friendship based on values, not just on money.

‘That is the key motive for supporting European Union membership in this country. The European Union is the only chance we have for peace, for stability and for economic prosperity in a globalized world,” opined Jacek Kucharczyk, President, Institute of Public Affairs.

The talk of a multi-speed Europe has intensified. Some western leaders see the way forward for the EU as fostering closer cooperation among the willing and leaving the reluctant behind. It’s up to Poland to choose between the two.