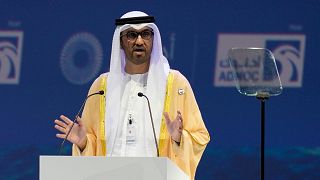 The United Arab Emirates has chosen the CEO of one of the world’s biggest oil companies to lead climate talks at COP28 later this year.

Sultan Al Jaber is the country’s Minister of Industry and Advanced Technology and the chief executive officer of the Abu Dhabi National Oil Company (ADNOC). He has also served as the UAE’s climate envoy and is the chairman of Masdar, a government-owned renewable energy company.

As COP28 President, Al Jaber will play a crucial role in leading intergovernmental negotiations and driving the outcomes of the UN climate change conference.

He says that the UAE is approaching COP28 “with a strong sense of responsibility and the highest possible level of ambition.”

Commenting on his appointment, Al Jaber added that the country is “well-positioned to build bridges, foster consensus and bring the world together in one shared mission to keep 1.5C alive and protect the planet for the generations who will follow us.”

He says the UAE will take an “inclusive approach” that encompasses all stakeholders - especially those from the Global South who are most impacted by climate change.

Environmental groups say it is a ‘blatant conflict of interest’

Al Jaber’s appointment as COP28 President has been met with criticism from environmental campaign groups.

Alice Harrison, fossil fuel campaign leader at Global Witness says this “blatant conflict of interest” at the heart of the climate talks “threatens to torpedo them before they’ve begun”.

Harrison believes it shows how hard fossil fuel companies are working to keep skin in the game now renewable energy is cheap and abundant.

The UAE being chosen as the host for the next UN climate change conference has already sparked controversy as the country is one of the world’s biggest oil and gas producers.

“Hosting crucial climate talks in a repressive petrostate is one thing, having a fossil fuel CEO as its President is just mad,” Harrison adds.

In what a spokesperson for the groups called a “twisted joke”, 636 oil and gas lobbyists were registered to attend the conference - a 25 per cent jump from COP26. ADNOC appeared to be the second largest fossil fuel group with 22 attendees registered.

Harrison says the UNFCCC “urgently needs to intervene and kick big polluters out of climate talks.”

The UAE has also announced that COP28 will see the first formal assessment of countries' progress on cutting emissions since the Paris Agreement. It is being called a Global Stocktake (GST).

“The GST will provide the foundation to build momentum for this and future COPs and the UAE will look for an ambitious outcome in response to the GST from the negotiation process,” Al Jaber said in a statement.

“This will be a critical moment to mobilise political will to respond to what the science tells us will need to be achieved to remain on target and limit global warming to 1.5C by 2050.”