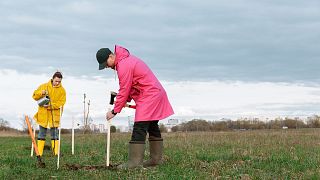 Elina Kajosaari is a tech enthusiast on a mission. Hailing from Finland, her background is in driving change and growth in the climate sector. The CEO of carbon capture non-profit, Compensate, gives us her take on why many carbon offsetting schemes fail to meet sustainability standards.

The voluntary carbon market is rife with low-quality carbon projects that are not delivering on promised climate benefits, or that have serious negative consequences for biodiversity and human rights.

Individuals and businesses, including many multinationals, are using carbon credits issued by these projects to offset their emissions. But offsetting through these kinds of credits, which flood the current market, may result in little or adverse results for the climate.

As detailed in a white paper by Compensate, 90 per cent of carbon offsetting projects using nature-based solutions - the majority of which are certified by international standards Verra or Gold Standard - fail to meet our proprietary sustainability criteria.

Former Bank of England governor Mark Carney’s ‘Taskforce on Scaling Voluntary Carbon Markets’, has identified similar issues, yet, in spite of being made up of 50 of the biggest multinationals in the world as well as other market stakeholders, offers a roadmap with few recommended solutions.

The fact that under 10 per cent of projects pass indicates a serious problem under the current international standards.

It’s clear that there is a need to raise the bar in order for offsetting efforts to achieve actual climate impact while providing positive benefits for local communities and biodiversity.

Credits promising that emission reductions will materialise in future are often referred to as 'ex-ante credits'.

This can mean, for example, planting a sapling and selling carbon credits based on the potential CO2 this sapling will sequester as it grows to maturity over the next 50 years. These credits rely on vague forecasts of future success, meaning the emissions of today will only be removed in the future.

While growing new carbon stock is crucial for mitigating climate change, offsetting today’s emissions with projects that will sequester the same amount of CO2 over the next 50 years cannot be called compensation.

The accepted practice is that compensation takes place with carbon credits that are sold after the carbon removal or emission avoidance has taken place, not the other way around.

If humanity is to achieve the goals of the Paris Agreement, we have, at the current rate of emissions, less than seven years to achieve carbon neutrality.

While emissions reductions should be the primary tool in this fight, carbon capture will need to play a part in removing the already excess CO2 in the atmosphere. But currently, in many cases, customers of the voluntary carbon market are being sold empty promises.

In some cases, in order to establish projects that generate carbon credits, landowners (such as governments) may forcefully evict people living on the project area territory.

Often evictions lead to human rights violations, as seen in 2019 when the Supreme Court of India ordered the forced eviction of millions of forest-dwelling people following a case filed by wildlife conservation organisations.

Or the project may not have delivered the promised benefits like building schools, or the communities might be dissatisfied with the benefit-sharing process.

For instance, carbon credit revenues might be invested in facilities (grain or rice shelters or mills) that only benefit a few members of the community, or benefit sharing is only intended for landowners, while many of the community members are landless.

A common issue seen in many projects is artificially inflating baseline emissions in order to generate more carbon credits for the project, thus taking credit for what the project did not do.

Baseline emissions refer to the emissions that would be released in the absence of the project.

For example, a project may take a small, heavily deforested area near a city or coast, and use this as a reference area. It would use this to predict up to 100 per cent deforestation of an entire isolated project area with low population density over the next 30 years.

The result is the issuance and sale of carbon credits where one carbon credit does not actually equal one tonne of CO2 removed from the atmosphere, the trade value generally accepted in the market.

2. There are significant risks to forests

There are significant risks to forests after a project ends, as any carbon sequestered is likely to be released back into the atmosphere.

This risk can manifest in several different ways, from natural disasters to illegal logging - especially in countries with unstable political situations.

For example, the main drivers of deforestation in tropical rainforests are cattle grazing, as well as soy and palm oil production. If these activities are occurring in the region around the project, there is a high risk that after it ends, the government will grant permission to these companies to log the forest and use the land for the production of commodities.

The most prominent reason why carbon projects fail is that they are not additional, meaning that the project does not contribute to achieving additional climate benefits - compared to if the project had not existed.

This can happen when carbon credits are issued by protecting forests which were never in danger. For example, the claim might be that in the absence of the project, a forest owner would log 100 per cent of the trees in a given area in five or 10 years.

However, if these forests have been in the possession of the landowner for decades without the threat of being deforested, this logging is unlikely to happen. So the project is not creating additional climate benefits.

For carbon credits to be real, the sale of the credits needs to generate or incentivise an additional climate benefit, which is not happening in these cases.