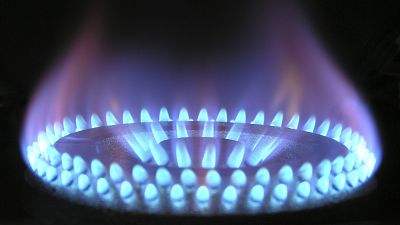 The majority of homeowners in the UK are willing to replace their gas boiler with a more environmentally friendly option - but only if the government helps to foot the bill.

Eight in 10 people say they would be willing, in principle, to change the way their home was heated to reduce its impact, a survey has found.

Conducted by RSK Group, an environmental engineering and technical services provider, it also discovered that many were unaware of the true cost of alternatives such as heat pumps. While replacing a gas boiler costs around £1,000 (€1,168), installing a heat pump system could set you back between £7,000 (€8,181) and £35,000 (€40,908).

Over half of the people surveyed said the high cost of installation was what was holding them back from changing the way their home was heated.

After being told what it might cost, more than one in three homeowners said they would need a contribution of more than 50 per cent from the government.

It means that the £4,000 (€4,675) due to be offered through the Clean Heat Grants scheme (due to be introduced next April) would not persuade a majority of people willing to install a heat pump to do so.

“It shows the importance of sufficient government incentives to encourage the uptake of heat pumps as a viable alternative to gas boilers,” says Darren Snaith, a director specialising in renewable heat for the RSK Group.

What is a heat pump and how does it work?

An air heat pump works a bit like a fridge in reverse. It absorbs heat from outside air using a liquid refrigerant at a low temperature. This liquid is then compressed by an electric pump to increase its temperature.

The warm liquid is then condensed to release this heat, which is then sent to your radiators or underfloor heating. It can also be stored in your hot water cylinder to be used for baths, showers and taps. Air heat pumps work even when temperatures are below zero.

A ground heat pump works in a similar way but instead absorbs heat from pipes buried under the ground.

The pumps use electricity, but it amounts to less energy than the heat they produce. This means they are a more energy-efficient way to heat homes.

Emissions from heating are worse than driving and air travel

In the UK, around 25 million homes currently use gas to keep warm. Heating our homes contributes more to the country’s carbon footprint than the fuel in our cars, agriculture or even air travel, according to research from WWF.

The government is hoping to encourage people to swap their gas boilers for heat pump systems and low carbon alternatives to reach net-zero targets. There have been signs that this could soon result in a ban on gas-fired boilers in new houses from 2025 and in existing homes by 2030.

But earlier this month, an analysis by the Institute for Public Policy Research (IPPR) found that just 6 per cent of the government’s annual target of 600,000 heat pumps were being installed.

“The government needs to seriously consider increasing the grant available and extending its duration beyond two years if we’re really going to make inroads in reaching net-zero,” says Snaith.